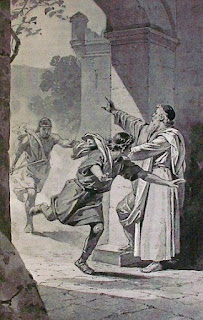 It was a painful cri de couer. A 22-year-old nurse wrote a letter to Rabbi Asher Weiss, asking how she can repent for a fatal mistake that she had made. She had been working in a coronavirus unit in a New York hospital at the height of the pandemic, and her supervisor asked her to add an additional overnight shift. A patient came in at 3:00 a.m. and was having great difficulty breathing. The hospital was short on ventilators, and scavenged for whatever units they could find. This nurse was given a donated, old, home use ventilator. Exhausted, she grappled with the unfamiliar machine, mistakenly putting the breathing tube into the wrong slot. She discovered her mistake only after the patient's condition got much worse. Sadly, he died soon after.

The nurse wrote to Rabbi Weiss saying she had not stopped crying since this happened. She asked him how she could atone for her sin.

Rabbi Weiss's response is an example of true rabbinic brilliance; it was compassionate, clear and insightful. He explained to her that she should take pride in the knowledge that she spends every day helping save the lives of others. If she failed to do so in this case, under extreme conditions, she should not feel guilty about it. First of all, failing to help is not the same thing as causing harm. He further explains, based on a remark by Nahmanides, that a medical professional can make fatal mistakes, but if they are deterred by the times that they fail, no one would ever take up the medical professions. Doctors and nurses need to appreciate that they are engaged in a high risk profession and they cannot be paralyzed by worry. He concluded by telling the young woman that her mind should be calmed, and that she should be happy and positive.

Dozens of questions like this are found in centuries of rabbinic responsa. The questions are all heartbreaking. Two different mothers, on different occasions, wrote to Rabbi Joseph Saul Nathanson about the deaths of their children; one failed to get out of bed when the baby had a crying fit, and found the baby dead the next morning. The other slept next to the baby, and presumably suffocated it by mistake during her sleep. Rabbi Akiva Eiger was asked to offer advice to a man whose son and his servant fell off his wagon and died. He recognized the accident occurred because he was driving too quickly. In the latter case, Rabbi Eiger advises the father to support poor orphans and to ask those the orphans to name a son after his son who died in the accident.

These responsa try to balance the need for responsibility and the need for forgiveness. The people posing the questions, like this nurse, are wracked by guilt, overwhelmed by the fact that their actions have caused the death of another. That is why they are turning to their rabbi. They don't know how they can live with themselves. But at the same time, most of the cases take place in the gray area between a premeditated crime and a truly innocent mistake. Each reply attempts to encourage repentance while offering comfort.

This week's Torah reading includes an important lesson about the gray area between absolute guilt and true innocence. When someone kills another person accidentally, they are exiled to a city of refuge. It is there that they will receive protection from the blood avenger, who is a member of the victim's family. This very law seems to acknowledge that the person can be innocent yet responsible at the same time.

Accidental murderers are confined to the city of refuge. This type of home arrest seems to be a punishment, and infers a level of guilt. At the same time, accidental murderers are protected from the blood avenger, which seems to imply innocence. Even the very sentence imposed upon them has an enormous grayness to it. They are to remain in the city of refuge until the death of the high priest. But how long will that be? A week? Fifty years? No one knows. It is a gray and ambiguous penance given to a gray and ambiguous crime.

The lesson of this passage is that there are times when a person must embrace responsibility and accept forgiveness at the same time. The trauma of having caused an accidental death can destroy a person's life. In a 2017 article in the New Yorker, Alice Gregory wrote about six different people who had accidentally caused the deaths of others. Their pain is profound. In psychological terminology, they experienced moral injury. For this reason, the accidental killer seeks God's atonement, hoping to be released from a crime they did not want to commit. Perhaps this is why all the cities of refuge were also the cities of Leviim. The Leviim served in the Temple; and Shmuel David Luzzatto suggests that this means that the cities have a Divine character, and an extension of the Temple in Jerusalem. By being gathered into God's cities, the accidental killer experiences Divine forgiveness and protection.

But at the same time, the very need for exile is a reminder of the accidental killer's responsibility. Rabbeinu Bachya explains that the accidental murderer often bears some responsibility. Even if the person was not negligent, there are many instances in which greater care could be taken. The proper response to an accidental murder is to do a serious self-examination. One hopes that will happen now, in the aftermath of the building collapse in Surfside. In a similar case in Israel, after the tragic collapse of a wedding hall in 2001, new legislation was introduced, and a method of building was outlawed. There are many mistakes that sit in the gray area between negligence and innocence; in cases where human life hangs in the balance, we must consistently check and recheck our standards to make sure those mistakes don't occur again.

More significantly, we believe that every tragedy requires a response, even if we are completely innocent. The best response to moral injury is to look for redemption, to think of how to bring more goodness into the world. A classic example of this is personified by Dr. Gisella Perl. She grew up in pre-WWII Sighet, Hungary, and completed her post-doctoral studies in gynecology, and then her life was turned upside down. She was taken to Auschwitz, and found herself forced to work with Dr. Joseph Mengele. One of her responsibilities was to notify him which Jewish women were pregnant. When she discovered that his sole intention was to perform medical experiments on these mothers and their fetuses, and then put them to death, Dr. Perl started to perform clandestine abortions on all the pregnant women in Auschwitz - and she had to perform thousands of abortions. After the war, she went on to a distinguished career at Mt. Sinai Hospital in New York and volunteered her services at the Shaarei Tzedek Hospital in Jerusalem; she helped bring thousands of children into the world. Dr. Perl made it a habit of praying as she prepared to deliver each baby: “God, you owe me a life – a living baby.”

Guilt is painful; but the lesson of the Parsha is that even in such circumstances we can find refuge in God’s hands, and like Gisella Perl, bring redemption to the world, one baby at a time.