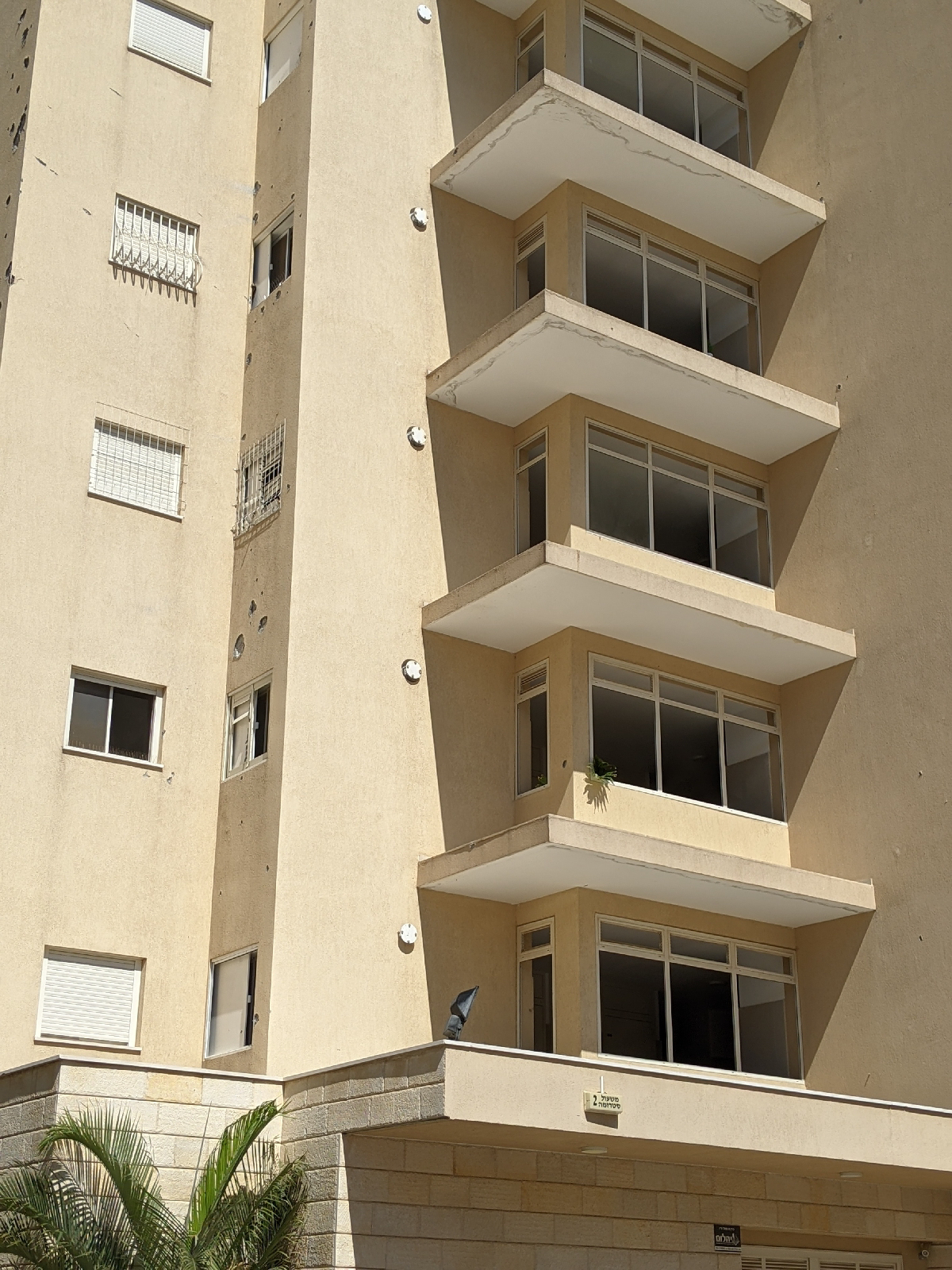 This year, more than the last few years, I feel the pain of Tisha B'Av.

We have watched an unprecedented wave of hatred and antisemitism erupt in this country.

Diners at a Kosher restaurant were attacked and chased in LA.

Joseph Borgen was viciously beaten by protesters at an anti-Israel rally in New York.

In Boston, Rabbi Shlomo Noginski was stabbed eight times. It is a miracle that he survived.

And this barely scratches the surface of the consistent and constant anti-semitic intimidation that has occurred. On campuses, Jewish students are afraid to support Israel. And in many places, Jews are afraid to wear a chai or a Kippah.

And then there was the Hamas campaign and rocket attacks in Israel.

When I visited the Ashkelon a short while ago on a rabbinic mission, I saw a city that was traumatized. For a week and a half, they had lived under siege; a thousand rockets had been launched at their city. They were running to shelters, fleeing the destruction in the streets. In Sderot I saw the building where 5 year old Iddo Avigail was killed by a Hamas rocket (attached is a picture of the building). Iddo was in a safe room, and the metal shutter had been closed. But it seems that the Hamas rockets have gotten more deadly, and this rocket was able to pierce the shutter, and now the entire city of Sderot needs to put in thicker metal shutters. The Abigail family is left to grieve their beloved 5-year-old son who was murdered because he is a Jew.

All of this makes me cry. Yet even within these painful stories there is comfort.

A hundred years ago, Jews were despised because they were weak; they were mocked as pathetic and cowardly. They slandered and called parasites, a people too feeble to exist on their own, and needed to feed off others.

This is the lesson we need to take with us as we leave the synagogue tonight. Rabbi Shlomo Riskin tells the following story about visiting Israel on a community mission at the end of the Yom Kippur War:

"When I had first begun my career as the rabbi  of  Lincoln  Square Synagogue,  one  of the  earliest rabbinical  functions I  attended  was  a  farewell  brunch  for  Rav  and  Rebbetzin  Schwartz,  for their impending aliya.  Rav Schwartz was a European rabbi living on the West Side, not really a practicing rabbi, but very well known and a  Talmud scholar of note.  He had lost his entire first family, wife and children, in the Holocaust, remarried in  America and now had two sons, a teenager and a pre-bar mitzvah. In  1964, he and his family decided to move to Israel, and because he was so close to all of the rabbis, the Rabbinical Council of the  West Side gave the Rav and Rebbetzin a farewell reception. I was a newcomer and I really barely knew them, but nevertheless I attended the brunch. Later  we were  all shocked and  saddened  to hear that their eldest son had been killed in the Six Day  War. And now, on the plane, on the way to Israel toward the end of the  Yom Kippur  War, I saw that their second son, their only remaining  son, had  been killed  in action as  well.  I  knew  that I  had to pay a condolence call…. The  Schwartzes  lived  at  8 Shimoni Street in a small apartment, and there must have been close to a hundred people who had come to try to console them. The Rav and Rebbetzin, who looked much, much older than I remembered them, were sitting on cushions on the floor.  Everyone else was standing.  The room was heavy with the press of the people and with an ominous and  shrieking  silence, a silence that seemed to scream out to the very heavens. Jewish  law dictates that when you pay a condolence call, the visitor is not supposed to speak first;  the mourner is. The visitor must listen to what the mourner has to say and respond to whatever that happens to be.  And if the mourners choose not to speak, then no one speaks. The Rav and his wife  were  sitting  and not  speaking,  so  no  one  was  speaking.  I  stood  in the back of the room for about twenty minutes.  I didn’t even know if Rav Schwartz remembered me at all. Since  I felt a responsibility for the group waiting for me back at the hotel, I began to leave, and, as I did so, I walked past Rav and Rebbetzin Schwartz,  saying  what one always says when  one  leaves a house of mourning:  “HaMakom yenachem etchem betoch she’ar avelei  Tziyon vee’rushalayim.  May the  Almighty comfort you among the rest of the mourners of Zion and Jerusalem.” Rav  Schwartz looked up at me. “Rav Riskin, yes?” “Yes,”  I replied. “Rav  Riskin,”  he  said,  “why  is  the  subject  of  the prayer  that  you express  to a  mourner, ‘HaMakom?’ ‘HaMakom’ means place. Yes, in this context it’s a synonym for God, because the whole world is God’s place.  But wouldn’t it have made more sense for consolers to say ‘HaShem  yenachem  etchem, ‘May the God of  compassion  comfort  you,’  or  ‘May  Elokim,  the God of creation comfort you.’ Why use  ‘HaMakom?’  the Place? “I’ll  tell you why,”  he continued,  “I understand it now for the first time. When my family was destroyed in the Holocaust, there was no comforting me;  it was so senseless, so absurd.  But now that I have lost my only remaining sons and have no chance for other children, I am sad,  sad  beyond even the ability to speak, but I am comforted nevertheless. At least this time my sons died so that the Jewish people could live.  They died in defence of Israel.  They died in defence of  Yerushalayim. They died in defence of the Jewish  future. ‘HaMakom’,  the  place:  Jerusalem,  Israel,  the  Jewish  State. HaMakom menachem oti, the place comforts me  among  the mourners of Zion and Jerusalem.”

But what gives us comfort? That place, a place that our great-grandparents could barely dream of.  It gets us enormous comfort to know that now, Jewish destiny is in our hands.

May the Lord comfort us together with all who born for Zion and Jerusalem.