On Hunger, Iran and Tisha B'Av 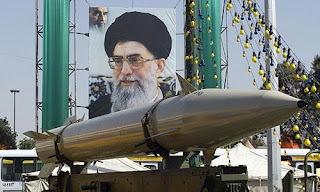 Fasting is foreign to us. In the Middle Ages, people fasted a great deal. The 9th century Babylonian work Halachot Gedolot (Tur OH 580) lists no less than 25 additional fast days that are obligatory; in addition, people fasted on Mondays and Thursdays, Yartzeits and when they had bad dreams. In the medieval era, fasting was a religious experience of inspiration, a meaningful way to transcend the mundane.

Today, things are different. While some might still appreciate fasting as a spiritually transcendent experience, when I fast, I.....just get hungry. I think about food, think about when the fast is going to end, and think about how much time it will take for me to return home, pour a cup of orange juice, and break the fast. But there's meaning to be found in these banal cravings as well, and hunger can teach us some down to earth spiritual lessons. And hunger's message is this: humans are frail and needy, and without food for even a few hours, we become worried and uncomfortable. We learn from hunger how incomplete we are, and how much needs to be fixed.

The lesson is that hunger isn't just about food. Our spiritual side craves a better world; and on Tisha B'Av, while we mourn the tragedies of exile, we feel desperately hungry for the peace and security of a real home.

The Jewish hunger for peace is more than an accident of history; it is a part of our destiny. Geographically, Israel sits at the crossroads of conflict. The land promised to Abraham is located on the land bridge between three continents; and because of this, Israel was an area hotly contested by empires in Egypt, Assyria, Babylonia, Persia Greece and Rome. Many have noted that unique geography of the land promised to Abraham is intended to make the Jews profoundly aware of how fragile, and precious, peace can be.

At the same time, in exile, security was elusive; the outrage Chaim Nachman Bialik eloquently expressed after the Kishinev massacre in 1903 is the repressed cry of two millennia of exile. The establishment of the State of Israel was meant to give the Jewish people a true home where they could live with peace and security.

But not this week. Remarkably, the Iran nuclear deal has sparked a virtual consensus of rejection. The entire Israeli political spectrum finds very little to love in a deal that threatens to destabilize the entire Middle East. Yes, giving a fanatical dictatorship 24 days notice before an inspection should have been a deal breaker, plain and simple.  And with the sanctions lifted, Iran can buy Russian anti-aircraft missiles and bankroll Hezbollah attacks on innocent Syrians and Israelis. For Israelis sitting at the crossroads of conflict, it is easy to see how tossing a lifeline to Ayatollahs who shout "death to Israel, death to America" does not advance the cause of peace. It is easy to see that handing a major economic and diplomatic victory to a Holocaust denying, terrorism sponsoring, Jew hating regime is simply not a step in the direction of peace. It's impossible, even for left wing supporters of Israel, to pretend otherwise.

Yes, I'm hungry for peace; and most supporters for Israel are as well. But this deal does nothing to advance the cause of peace. And as another Tisha B'Av comes and goes, I'll be hungrier than ever for a true and lasting peace in the Middle East.