Yom Yerushalayim – You Should be Celebrating Twice! 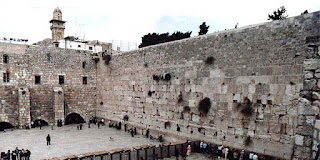 What are we celebrating on Yom Yerushalayim?

Perhaps let’s answer the question with a question. How do you determine the meaning  of any person, place or thing in the Tanach? One way is to look at the first time that noun is mentioned in the Tanach. As a new place is introduced, telltale signs indicate its future significance.

So what type of introduction is given to Jerusalem in the Tanach? One is hidden, and one is open. The hidden introduction takes place at the end of Parshat Vayera. We are told the Akeidah, the binding of Isaac, takes place on Mount Moriah. Here, we see the depth of Abraham’s faith, a faith that could withstand any sacrifice. Only later, in Sefer Divrei Hayamim, are we told that Mount Moriah is in Jerusalem.

The open introduction is told slowly, through Yehoshua and Shoftim, and finally culminates in the arrival of King David. The Jews are unable to conquer Jerusalem from the Jebusites. For over 400 years, the Jebusites remain entrenched in Jerusalem. Then David becomes King. According to some commentaries, he is willing to accept the status quo, and comes to visit to Jerusalem in order to negotiate a treaty; but the Jebusites mock David severely, saying “You will not get in here; even the blind and the lame can ward you off.”  David is mocked and threatened by the sneering Jebusites, who treat him like a weak leader of a weaker nation; David can only wonder what will come next.  After this provocation, David captures Jerusalem, and makes it his capital.

Jerusalem needs two introductions because it has two stories to tell. To use Rav Soloveitchik’s terminology, it is a story of gevurah and koach. Gevurah is the ability to control yourself; the ability to withstand tests and continue with faith. Koach is pure power, the ability to dominate and determine one’s own destiny. There have been those blessed with koach (power), who have been laid low by their own lack of gevurah, of self control and self discipline; at the same time, there are those who have been blessed with gevurah, and been courageous and tenacious, yet were always lacking in koach, in personal and political power.

The story of the akeidah is a story of pure gevurah. It is a story of sacrifice and self control in the extreme; Avraham retains his faith, even when tested by the ultimate test. Avraham’s courage becomes the inspiration for generations of Jews who show enormous gevurah, and retain their faith in face of challenges.

But there’s another Jerusalem, the Jerusalem of Koach. David makes Jerusalem his capital because it symbolizes his worthiness to be a king; he is someone who can protect and keep Israel strong.  Instead of being a loose group of shepherds, the Jews were now on their way to being a nation with a king and a capital, a country that can hold its own in the face of its enemies.

Those of us who are more familiar with the Jerusalem of exile sometimes forget the need for power, for koach. We have survived and even thrived just with our inner strength, and we’ve become cynical about real power. But 45 years ago, we were reminded once again that Jews ideally possess both gevurah and koach.  In the days before to the Six Day War in 1967, people around the world worried that the Arab States were going to attack and destroy Israel; that only 30 years after the Holocaust, hundreds of thousands of Jews would be slaughtered again. Instead, the opposite occurred. And as the soldiers entered the Lion’s Gate, Jewish sovereignty returned back to David’s city. Once again, the dispossessed of exile could return home, to David’s home, to his capital and to his Temple.  It took much gevurah and courage, and there were many sacrifices along the way; through 1,900 years of exile, and through decades of war, where thousands of young men gave their lives to build a State.  But thankfully we had the gift of koach and the power to prevail.

Thankfully, after 1,900 years, no one would laugh at Jewish self determination anymore. Both David, and Avraham, would be proud.

Please look at the following links

Posted by Rabbi Chaim Steinmetz at 1:54 PM No comments:

My Article Was Published on Tablet Magazine

It's a deeply personal piece about my mother. the link is here.


Posted by Rabbi Chaim Steinmetz at 12:44 PM No comments:

Can You See God Through Those Google Glasses?

Google has recently revealed a prototype of high-tech glasses. Project Glass, as it’s called, looks like a pair of glasses, except the lenses (actually, an empty space) are miniature screens. As one walks, electronic data, like weather forecasts and news, pop up on the side of the screen; even data about the person you are speaking to can be pulled up via voice command.

Project Glass is yet another example of how technology changes our lives for better and for worse. It will make life simpler and so much more fun; yet at the same time, we become increasingly isolated from each other. Technology has had an isolating effect on our communities; from radio and television, which kept people at home instead of heading out to theatres and shows, to the internet, which has people texting instead of talking to each other, advances in technology has made social interactions less common and less personal. And now Project Glass comes along, and even when we see people face to face, we won’t really see them; we’ll be looking at the weather instead!

Yes, there’s an unprecedented amount of social connection going on today; one can be in touch with thousands of Facebook friends and Twitter follower with the push of a button. However, the connections are superficial, and are all about information rather than companionship. The Bible makes it clear that connecting hearts is fundamentally a face to face experience (Proverbs 27:19). And there’s no question, sitting together as companions, with or without words, is critical to the friendship experience (Psalms 133:1).

This loss of personal connection also changes our connection to God. Jewish thinkers as different as R. Schneur Zalman of Liadi to Martin Buber have all made it clear that our relationship with God is founded on our relationship with our fellow man. The road to God is built on human friendship; and if Google Glasses obscure our ability to see our fellow man, they will certainly disconnect us from God as well.


Posted by Rabbi Chaim Steinmetz at 12:42 PM No comments: