Why is Moshe Not in the Haggadah? 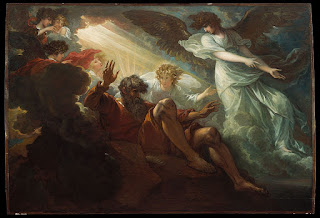 Why is Moshe not in the Haggadah? When I was younger, I would wrinkle my nose at this question and dismiss it as a "klutz kasha," a meaningless query. The Haggadah is a collection of texts, and not written by one author. There is no author who “excluded” Moshe from the Haggadah, and the omission of Moshe is simply a coincidence. This question is naive, and betrays an ignorance of how the Haggadah was edited.

Now I have a very different view of this question. There are profound truths to be found on the level of “drash,” a poetic interpretation which reads the unwritten words hidden between the lines. Unconscious realities can lie within random coincidence; so it is for Moshe's absence from the Haggadah.

The desire to write our name begins right after we learn how to do so in elementary school; instinctively, we scribble our name everywhere, haltingly written in pencil. It is a short jump from elementary school to the plaques and portraits of adult success. From the very beginning of our lives we hope that something bearing our name will end up being greater than ourselves. We look for monuments that will guarantee our immortality.

The ancient Egyptians were monument makers. The Colossi of Memnon are two enormous 60- foot tall statues to Pharaoh Amenhotep III; they are estimated to weigh 720 tons each. The bust of Ramesses II at the British Museum weighs over seven tons. In 2017, the statue of Psamtik was discovered at the Souq Al-Khamis archaeological site; it is 30 feet tall, and the torso alone weighs three tons.

Jews have had a very different attitude toward monuments. The second of the Ten Commandments states, “You shall not make for yourselves any graven image”; and while this is deeply associated with the prohibition against idol worship, it includes a halakhic prohibition against a full statue of any human being. One interesting anecdote about this halakhic issue has to do with the statue of Fred Lebow in Central Park, on 90th street and Fifth Avenue. Lebow, the founder of the New York City Marathon, was born in Romania to a very observant family. (His given name was Fischel Lebowitz). When the statue was about to be unveiled in 1994, Lebow’s brother objected on halakhic grounds. As the New York Times described it, “the night before the statue's dedication in Central Park...Mr. Mitrovich (who commissioned the statue - C.S.) and a rabbi ducked under the blanket covering the statue. The rabbi used a metal file to chip the statue between Fred Lebow's left thumb and forefinger.”  The prohibition against graven images includes a friendly figure on the edge of Central Park. But this is more than an excessive halakhic caution; it represents a deep-seated discomfort with monuments.

In 1860, a controversy raged among American Jewry regarding the proposal to build a statue in memory of the philanthropist, Judah Touro. Touro had spent most of his life in New Orleans, and the local community wanted to honor his philanthropy by building this statue. Much of the debate circled around the question of the halakhic propriety of graven images. Eventually, a query was put to four prominent European rabbis: Zacharias Frankel, Nathan Marcus Adler, Shlomo Yehuda Rapoport and Samson Raphael Hirsch. All four rejected the statue as being inappropriate and, perhaps, forbidden.

Rabbi Samson Raphael Hirsch’s reply offers a unique insight into the Jewish attitude to monument making. He argues that all honorary monuments are contrary to Jewish custom. Throughout the course of Jewish history there is only one character for whom an honorary monument is built, Absalom, and because of his poor character, Absalom is a poor role model. Hirsch then cites the Talmud Shekalim, which teaches that we do not place a monument at the burial places of the pious. Hirsch says this means that the best way to honor the righteous is through good deeds, and through those good deeds, the memory of the righteous will be a blessing for the living. Hirsch recommended that instead of spending money on a statue, the community of New Orleans should establish a charity in Touro’s memory.

Immortality is never carved in stone. The ancient Egyptian monuments now look a bit absurd; they ironically highlight the transience of the Pharaohs and how ephemeral their accomplishments were. When the bust of Ramesses II arrived at the British Museum, Percy Shelley wrote a poem Ozymandias, which at its end mocks the Pharaoh’s pretensions:

And on the pedestal these words appear:'My name is Ozymandias, king of kings:Look on my works, ye Mighty, and despair!'Nothing beside remains. Round the decayOf that colossal wreck, boundless and bareThe lone and level sands stretch far away.

Centuries later Ramessses II seems pathetic, grasping at a kingdom that is long gone, his dreams of immortality reduced to a collapsed statue in the midst of a barren desert.

There can be no greater contrast to this statue than the way Jews memorialize Moshe. The Torah tells us that we don’t know the location of his burial plot; Moshe does not even have the simplest marker on his grave. And yet his claim to immortality is far greater; every day, billions of people around the world recall Moshe’s teachings, and what he taught continues to guide humanity.

This is why it may even be more fitting that Moshe's name is omitted from the Haggadah. First of all, the fact that we ask what happened to Moshe’s name is perhaps the greatest tribute to his memory. Beyond that, the entire Seder is a tribute to Moshe’s life, and every day of Jewish history carries his legacy. Moshe is “Moshe Rabbeinu,” our teacher; and it is on his teachings that we meditate, both day and night.

An enormous piece of carved stone is not the path to immortality. But we can grasp at eternity when we live a life of values, love and goodness; in doing so, we build a spiritual legacy for the future. It is these legacies from the past that live on within us; and when we sit at the Seder, we don’t sit alone. Joining us are Moshe and all of our ancestors, the teachers who shaped our souls. There is no greater monument to them than that.