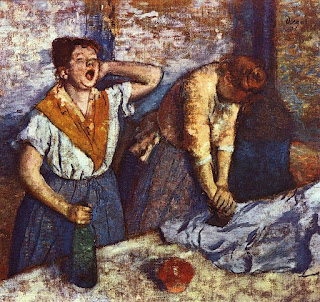 In 1808, Jerome Bonaparte, the King of Westphalia, convened an assembly of Jewish notables.  Westphalia was a Napoleonic state which had just emancipated the Jews and granted them political rights. The purpose of the assembly was to ensure that the local Jews registered for the census, paid taxes and otherwise took on their duties of citizenship. However, the members of the assembly had goals of their own. They wrote that they planned on "bringing a number of customs, which have crept into Judaism, more in line with the changed circumstances and the spirit of the times, and to take the steps necessary for this purpose."

The Royal Westphalian Consistory of the Israelites initially introduced several changes, which were radical at the time. They removed the additional piyyutim from the prayer service, allowed kitniyot to be eaten on Pesach, and mandated that all sermons be delivered in the vernacular. In terms of Jewish History, these changes were a harbinger of things to come; one of the assembly members, Israel Jacobson, would introduce the organ into his local synagogue, and became an early leader of the Reform movement. This begins a new chapter in Jewish history, and the changes that first start in Westphalia impact all Jews, from ultra-Orthodox to Reform.

Change is the driving force of history.  The unexpected intrudes on the everyday, and disrupts well-ordered lives, and begins the process of transformation. The Emancipation of the Jews was one such event, and the Jewish community still struggles to anchor itself outside of the ghetto. Today, the changes brought about by the coronavirus will certainly impact our future; just how - and how much - remains to be seen.

But history is more than a reaction to external events. The desire for new experiences is instinctive; that is what kindles interest and excitement. Repetition is boring. We avoid boredom by pursuing change, even if the changes are demanding and undesirable.

The need to escape boredom is a powerful force. Bertrand Russell noted that "wars, pogroms, and persecutions have all been part of the flight from boredom; even quarrels with neighbors have been found better than nothing." Without drama in one's life, people begin to manufacture it. At the root of it all is the fear of boredom, a discontent with the mundane.

This week’s Torah reading is a seminar on the topic of boredom. A large section of it is nearly a word for word repetition of the Torah readings we had just a few weeks ago. In Parashat Terumah and Tetzaveh, the Torah reports on the command to build the Sanctuary and the priestly garments. In our Torah reading, Vayakhel-Pekudei, we are told that these commands were fulfilled, in what sounds like a verbatim transcript of the earlier Parshiyot; only one word is changed in each sentence, to move from future tense to present tense.

Scholars have wondered what is the cause of this repetition. Umberto Cassuto argues that repetition is not uncommon in Ancient Near Eastern texts, and so we should not be surprised if the Torah adopts this style in our Parashah. Meir Sternberg argues that it is incorrect to see what appears to be repeated as a repeat; he explains that context and minor linguistic changes can dramatically change the meaning, even if much of the text is identical.

My own view is this text is intentionally repetitive in order to teach us the significance of repetition. The Sanctuary itself is a place of ongoing repetition, with a service that was repeated regularly, each day, each week, and each year. The prayer service in our synagogues, (which are modeled on the Sanctuary), is just as unchanging. At its heart is the Amidah, a prayer service that is repeated word for word three times a day, each time with an identical stance and gestures. Prayer is a repetitive performance. (This is why any innovations in the synagogue service, like those introduced in Westphalia, are controversial; synagogues have a change-averse culture.) The Sanctuary is about embracing repetition, which is why its command is written as a repetition.

Our parashah challenges us to rethink our concept of boredom, and to see that sometimes repetition can add meaning to our lives.

Without question, the desire for change is critical to a full life and motivates us to improve ourselves and our world. Boredom can reflect the frustrations of an ambitious heart; but it also can reflect an empty soul. Our persistent need to move on reflects a fear of missing out, the nagging worry that life is passing us by without quite knowing what life is meant to be. We look to our smartphones for that next message, and search the internet for new items to add to our bucket list; the most important commandment is “Thou shalt live an interesting life”. Repetition seems absurd, and even eternity seems ugly; what could be worse than something that “feels like an eternity”?

Judaism teaches us to find a connection to the holy, and then cherish it forever; the repetition is part of the joy. And we grasp hold on to this joy and hang on for eternity, even in heaven. Rabbi Abraham Joshua Heschel tells a story about Moshe of Uhely, “who had a dream: he was transported to heaven. There he was led to the chamber where the fabulous sages of the Talmud were spending their eternal life. His heart swelled with emotion. When he entered the chamber, he looked around. And what did he see? Long tables like those to be found in a house of learning, and the sages were sitting around the tables, engrossed in study. He felt keen disappointment: is that all there is to heaven? Suddenly he heard a voice say: “You are mistaken. The sages are not in heaven; heaven is in the sages.” What good is heaven if there is no Talmud class?

We end up repeating that which is sacred and significant precisely because it is sacred and significant. At funerals, families struggle to describe an entire life in just 15 minutes. What is notable is how often the descriptions feature the quotidian and commonplace. The family remembers their grandmother's chicken soup and mother's hugs, their grandfather’s kiddush and father’s phone calls. They remember the little things that are repeated, the everyday rituals that expressed love. The same phone calls every day, again and again, with the same chit chat every day, again and again, might seem boring. But when you love the other person, those calls don’t feel like an eternity; instead it feels like you are grasping eternity.