Our Problem with Sacrifices 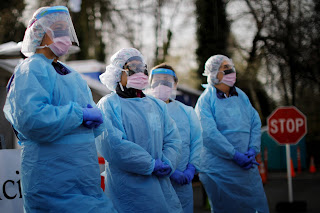 Will animal sacrifices return after the Temple is rebuilt? In 1920, two prominent Religious Zionist rabbis, Rabbi Abraham Isaac Ha-Cohen Kook and Rabbi Chaim Hirschensohn, debated this question. Rabbi Hirschensohn, a brilliant scholar who was a rabbi in Jersey City, had written that animal sacrifices would not return, because they were no longer understood in contemporary times; the prophecies about the sacrificial service in the Book of Ezekiel were either about the Second Temple or would receive a new interpretation. Rav Kook took exception to this view, and wrote Rabbi Hirschensohn a letter explaining that it is more appropriate to believe that all the prophetic statements were literal and animal sacrifices would return. He explained that when the Messiah will come, a higher culture would arrive, one which is far more transcendent than “the European culture” of those opposed to animal sacrifice, and at that time people would appreciate the inner meaning of animal sacrifices. (Parenthetically, Rav Kook’s view on this subject varied, and in one place, in his commentary to the Siddur, he argued that only flour offerings would be brought after the rebuilding of the Temple). Rabbi Hirschensohn wrote back to Rav Kook, and said he agreed that certainly there will be a higher culture after the coming of the Messiah, but that is precisely why there would no longer be any animal sacrifices. The dream of the Messianic age is that the lamb will lie down with the lion, and at that time, even the animal kingdom will be able to live in peace.

Modern critics of sacrifices focus on the morality of killing animals. Rav Kook, who was deeply sympathetic to vegetarianism, felt this critique of sacrifices was insincere. He dedicated an entire section of his essay “A Vision of Vegetarianism and Peace” to criticize the hypocrisy of people who eat meat and wear leather, yet talk about how animal sacrifices are barbaric; he argues it is absurd that someone should consider themselves worthy of animal slaughter, but not God. Whatever you think about animal sacrifices, Rav Kook’s point is a significant one. Perhaps the reason why we are uncomfortable with animal sacrifice is not because we love animals more, but because we appreciate sacrifices less.

The earliest criticism of sacrifices is found in the Tanakh. Verses in Samuel, Isaiah, Jeremiah, Hosea, Amos, and Psalms all contain criticisms of their contemporaries' sacrificial offerings. But the prophets were not criticizing the sacrifices themselves; they were criticizing the people bringing the sacrifices. When Isaiah says: “‘What need have I of all your sacrifices?’” says the Lord,” he immediately explains it is “because your hands are stained with crime.” Isaiah is calling out hypocrites who attempt to curry favor with God by bringing sacrifices, while at the same time oppressing the poor and violently assaulting their rivals.

Isaiah’s criticism is about more than hypocrisy. These corrupt community leaders, who used their power to exploit the weak, incorporated their own values in the institution of sacrifice. To them, a sacrifice was just another business deal, a way of paying for Divine protection. They had reduced religion to a transaction and sacrifice into a soulless exchange.

But authentic sacrifice is meant to be an act of actual sacrifice, where the person is offering the animal as a proxy for himself. The Maharal of Prague says that sacrifice is a way of expressing that we see ourselves as insignificant in relation to God; the sacrifice, by connecting man with God, gives man an opportunity to find meaning. Sacrifices express humility and selflessness, a person’s willingness to devote their heart and soul to something transcendent. A person who offers a sacrifice should return home transformed.

Contemporary discussions of our Torah reading often get sidetracked by questions surrounding the relevance of animal slaughter. I would argue that it is much more important to discuss how distant we are from the original ideal of sacrifice, because this act of radical selflessness is increasingly uncommon. Jean Twenge, the author of Generation Me, has written that what marks the current under-35 generation is that “they have never known a world that put duty before self”; unsurprisingly, studies show that this generation is characterized by extreme self-focus. (I would add that this is not unique to those under-35). And this self-focus has even influenced religion. Prosperity Gospel, a theology that asserts the true faith will enable one to become healthy and wealthy, has become very popular in contemporary Christianity; a large percentage of mega churches are associated with this theology. Kate Bowler, who has studied this movement, notes that Prosperity Gospel has been called “baptized materialism”; the sermons of its pastors focus on helping congregants achieve personal success through faith. Amongst Jews, there are similar phenomena, with crude appeals from rabbis who promise a multitude of blessings in return for a donation, and more sophisticated arguments about the Torah lifestyle being a helpful palliative for any ailment. Transactional religion goes hand in hand with materialism, with the service of God being turned into something far more self-serving.

This is why the concept of sacrifice in this week’s Torah reading is even more significant today. The human ego is exceedingly demanding, and it is difficult to escape it for even a few moments. When someone brings a sacrifice, they step out of that self-focus, and, at least for a moment, recognize their own smallness and God's greatness.

This spirit of self-transcendence is possible today as well. The Talmud explains that after the Destruction of the Temple, charity and kindness should replace the sacrifices, and inviting guests to one’s dinner table will make it as sacred as the altar. At first, this analogy would seem strange: in what way is charity similar to animal sacrifices? But the answer is that both are acts of selflessness, and subordinate our own interests to something larger.

When we do see authentic selflessness, we recognize it immediately. Last year at this time, a group of selfless heroes stood up to care for others. Health care workers like doctors, nurses, ambulance drivers and Hatzolah volunteers, stepped up to the plate day and night to help battle the coronavirus. These remarkable men and women disregarded their own safety to care for others; many couldn’t return home to their families. Each night at 7:00 PM, the entire city would erupt in applause for these heroes, with clanging, banging and clapping heard everywhere. Since then, an army of volunteers in our community have done so much: making phone calls, delivering meals, helping people get to doctor's appointments and vaccination appointments. (And this is just a partial list of what they have done!)  Our volunteers put aside everything else to help others. These are all selfless acts of sacrifice, and I stand in awe of those who did so much for our community. They are our heroes.

The Torah reading of Vayikra goes well beyond the Temple; it teaches the lessons of sacrifice, and the holiness of authentic selflessness. In the last year, we have seen remarkable people who put duty before self, and reminded us what sacrifice is all about. May God bless them, and may their spirit inspire our own.

As a student athlete I’m always on the grind at basketball practice and I’ve been really short on time all through high school. I usually order a research paper or English essay here and there. The website is called DigitalEssay.net and they really help me out, man. Don’t know where I’d be without it.