How to Choose a Spouse 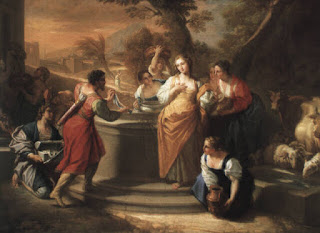 In 15th century Italy, a Jewish father and son got into an argument regarding who the son should marry. The father pressured his son to take an oath that he would never choose a wife without his father's permission; now, questions arose about the validity of the oath. This query was posed to the Maharik, Rabbi Joseph Colon Trabotto, the preeminent scholar of Italian Jewry. In his response, the Maharik tackled a related issue: Does the obligation to honor one’s father and mother extend to the choice of a spouse? He responded that the son can ignore his parents’ wishes, and marry whomever he chooses.  The Maharik offers a fascinating argument for this ruling. The Talmud rules that a child should not obey a parental request to violate the Torah. Since marriage is a mitzvah, and marriage requires mutual attraction, the son should marry someone of his own choosing. Because attraction is critical to marriage, the father's rejection of his son’s chosen spouse runs contrary to the mitzvah of marriage.

The Maharik’s conclusion was not obvious to other rabbis. Rav Tzemach Gaon, the leader of Babylonian Jewry in the late 9th century, wrote that it was immodest for a young woman to offer her opinion about whom to marry, and she should leave the choice to her father. The Sefer Chasidim of 12th century Germany pronounced that a son who doesn’t listen to his father’s voice regarding marriage is a sinner. However, the rabbinic consensus eventually followed the Maharik, who is cited by Rabbi Moshe Isserles in his glosses to the Shulchan Aruch.

Nearly a century after the Maharik, Rabbi Elijah Capsali of Crete amplified this ruling, and made it clear that romantic love is a Jewish value. He argued that forcing a young man to marry someone he doesn't love only creates anger and bitterness in the home, which is contrary to the Torah. The son's love must be respected, and he quotes in this connection a verse from the Song of Songs, "Vast floods cannot quench love, nor rivers drown it”; love is critical to marriage.  Jeffrey Woolf, in his analysis of Capsali's responsa, explains that its emphasis on romantic love contains "Renaissance echoes.” But while this is true, Capsali made a persuasive case that romantic love is very much a part of the Jewish tradition, beginning with the Bible.

Our Torah reading offers a very different model for choosing a spouse: the arranged marriage.  Avraham is in need of a wife for his son Yitzchak, and dispatched his servant Eliezer to Aram Naharayim, his birthplace, to find an appropriate match. Eliezer returned with Rivka; and without a prior meeting, Yitzchak and Rivka marry. Remarkably, this marriage of two strangers flourished, and Yitzchak and Rivka grew to love each other.

Rabbi Samson Raphael Hirsch saw this arranged marriage as a superior model of true love. In his commentary to the Parsha, he contrasted this marriage with romantic love, and wrote that “... Jewish marriages are contracted not on the basis of passion, but on the strength of reason and judgment. Parents and relatives consider whether the two young people are suited to each other; therefore, their love increases as they come to know each other better. Most other marriages are made on the basis of what they call love. But... we immediately see the vast gulf between the love of the partners before marriage and what happens afterward ... how different (marriage is) from what the two partners had imagined beforehand. This sort of love is blind; each step into the future brings new disillusionment. Not so of Jewish marriage; here the wedding is not the culmination, but only the beginning of true love." To Hirsch, what mattered most in a marriage was compatibility and commitment; love is not necessary at the outset. Romance can even be a hindrance; the unrealistic dreams of star struck lovers may actually undermine their future marital happiness. And Hirsch's positive view of arranged marriage has some basis in experience; recent studies on couples in arranged marriages have shown that they have similar or greater levels of marital satisfaction as couples in romantic marriages.

The method by which one chooses a spouse is less significant than we might imagine; there are models of both romantic and arranged marriages in the Torah. But there is another issue that the Parsha highlights, which is far more significant: What are we choosing when we choose a spouse?

Many people believe that we are fated to marry a particular person. There is a folk belief in a bashert, a person that God intended to be your spouse. This idea is based on a passage in the Talmud, which says that 40 days before a baby is born, a divine voice announces who the child will marry. A similar concept, called soulmates, has evolved in general society. It is based on a passage in Plato that says that man and woman were divided at the beginning of their creation, and that the two halves continue to search for each other until they are finally reunited. From this perspective, you are not actually choosing; you are experiencing a miracle when your bashert/soulmate is revealed to you.

Eliezer's actions in our Parsha can be interpreted as the search for Yitzchak's bashert.  Upon arriving in Aram Naharayim, Eliezer turned to God, and established a sign; he would ask for water at the well, and the young woman who offered the right response would be the one meant to be Yitzchak’s wife. Eliezer is asking God to choose Yitzchak's bashert.

Maimonides criticized both Eliezer and the concept of bashert. He wrote that Eliezer's actions constitute divination and would later be prohibited by the Torah. In the opinion of Maimonides, there's no difference between turning around when a black cat crosses your path and what Eliezer did; both are forbidden forms of superstition.

More significant is Maimonides' rejection of the concept of bashert; he explained that man always has free will to choose what is right or wrong, and marriage is no different than any other activity. A person can choose if they want to marry, and who they want to marry; none of it is preordained.

Maimonides is intuitively correct. It is never simple to get married; it is, as the Talmud remarks, as difficult as splitting the Red Sea. There are many wonderful people who search for their bashert for years on end, without success; and there are many others who are trapped in painful marriages. They know that bashert simply isn’t true; and telling them that marriage is divinely predestined only adds insult to injury.

The ideas of bashert and soulmates have another great weakness:  the myth of happily ever after. Finding the “right one” feels like a dream come true and a divine miracle; and once the presumed soulmate arrives, the future seems bright. The couple then expects that the rest of their lives will continue along the same path. When I meet with couples before their weddings, I introduce them to several excellent research-based marriage education programs, and talk to them about the importance of building skills that will strengthen their relationship for the long term. But oftentimes, their eyes glaze over; they are so happy, so in love, they can’t imagine that anything will ever change. It is easy to believe that one has a match made in heaven, with no additional assembly required.

Rashi and Rabbi Yoseph Bechor Shor differ with Maimonides, and offer a very different interpretation of Eliezer’s plan. Their interpretation offers a powerful insight into how to choose a spouse. Eliezer was not searching for a bashert, a divinely ordained wife; he was simply looking for a young woman who was kind, who would give water to a stranger and his camels. While it might seem strange to choose a wife because of one act of kindness, it may be as good a way of choosing a spouse as any. Without kindness there is no love; but with kindness, even two strangers in an arranged marriage can learn to love each other. What you should choose when choosing a spouse is someone who can help you build a relationship, one act of kindness at a time.

Rav Chaskel of Kuzmir offers a further insight into Eliezer’s decision. The Midrash adds a fascinating detail about what happened at the well. He said that as Eliezer observed  Rivka, miraculously, the water of the well jumped into Rivka’s jar. Yet even though this occurred, Eliezer continued to wait, to see if Rivka will treat him with kindness. Rav Chaskel asked: Shouldn’t a miracle be evidence enough that she is the right one? Why wasn’t Rivka selected once the water jumped into her jar?

Rav Chaskel gives a sharp and illuminating response: “because one act of kindness is worth a thousand miracles.”

The same is true of love. Perhaps there is a bashert who is miraculously chosen for you. But Rav Chaskel’s lesson is about choosing a spouse; and he reminds us that one act of kindness is far more important than who is your bashert.