When will God speak to me? 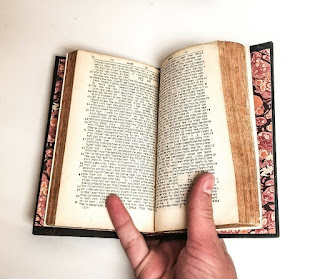 When will God speak to me? As a Yeshiva student in my early twenties, I was on a serious spiritual quest. I would pray intensely, and yearned to receive a response from God. I was looking for direction in making some difficult decisions, and wanted God to guide me; and I was also struggling with questions about faith, and I hoped that a divine revelation would banish my doubts.

I became interested then in the Goral HaGra, or the lottery of the Vilna Gaon, named for the 18th century Rabbi Elijah of Vilna. (It should be noted that this practice is far older than the 18th century, and quite controversial as well; Maimonides condemns this practice as a desecration of God’s name.) There are multiple versions of how to conduct this lottery, but the basic practice is to take a Tanakh and to turn pages at random in different directions seven times; then a verse is picked at random on the chosen page. That verse will offer clear guidance for what to do next.

The most famous use of the Goral HaGra occurred on December 17th, 1950. In January 1948, the Haganah had sent a group of 35 reinforcements to the kibbutzim of Gush Etzion, which were besieged by Arab forces. They were killed in an ambush, and buried in temporary graves. After the 1949 Armistice Agreements, the 35 soldiers were returned from Jordanian-controlled territory for burial in Har Herzl. However, when they were brought back, only 23 of the original graves were still properly marked; the remaining 12  were reburied in unmarked graves. The families of those 12 unidentified soldiers were extremely distressed. They turned to Rav Tzvi Pesach Frank, the Chief Rabbi of Jerusalem, who referred them to Rav Aryeh Levin, the famed tzadik of Jerusalem, to ask him to use the Goral HaGra to identify the graves. Rav Levin initially said no, but after meeting the families, agreed to do so. The night of December 17th, Rabbi Levin, together with two representatives of the bereaved families, his son, and his son in law, gathered in a small Beit Midrash. They lit 12 candles, and recited Psalms. Then they began the Goral HaGra, selecting a verse in Tanakh to determine who was in each unmarked grave. And each time they did the Goral HaGra, the verse chosen contained the first name or last name of one of the unidentified soldiers. With this miraculous revelation, the graves could now be properly marked.

Sometime after I read this remarkable story, I faced a significant personal decision, and decided to try the Goral HaGra myself; and it was an abject failure. Each time, the verse seemed comically irrelevant, an absolute non sequitur. Not only did the Goral HaGra not give me guidance, it seemed to mock my very interest in it. Several times over the following months, I tried this method again, and each time, it failed. I was not going to hear the word of God by flipping the pages of a Tanakh. So where would I find my revelation?

Shavuot celebrates the moment of awe and trembling when God spoke to the Jewish people at Sinai. While prophecy has long disappeared, the quest to hear God’s word never stopped. Some sought to find revelation in the everyday. Rabbi Samson Raphael Hirsch thought that our moral intuitions carry traces of the divine, and that, humanity and justice and all the spiritual and ethical qualities of mankind received their eternal confirmation through this Divine echo in man’s heart. Rav Chaim of Volozhin (1749-1821), was asked by another Rabbi to offer a ruling regarding an Agunah, a woman whose husband was assumed to have drowned, but there were doubts regarding the evidence. He felt compelled to find a way to release this woman from her marriage, and wrote, I have consulted with my creator, and saw it was my obligation to use all my might to find a solution for agunot; may God save me from mistakes. In his quest to help this Agunah, Rav Chaim heard God’s voice urging him to help her; he saw this moral imperative as nothing less than a divine revelation.

Everyday revelation can also be found in the ordinary and mundane, in what Rabbi Avraham Joshua Heschel calls radical amazement. It requires us to look at the world with wonder, and experience revelation in the song of a bird and the blossom of the tree. This is another form of everyday revelation; and even those who did not stand at Sinai can hear the voice of God, both in the world around us, and within our own hearts.

Perhaps the search for revelation can stop here, content with the knowledge that there is more than enough divine inspiration in the everyday. But many of us thirst for more. And sometimes, if we keep looking, we can experience the extraordinary. The Talmud refers to a divine communication called a Bat Kol. What does this term mean? The 12th century commentary Yad Ramah translates this as an echo, when one hears God’s voice indirectly. But the Bat Kol need not be an actual voice; sometimes there are coincidences that seem just a bit too remarkable to ignore, and are an extraordinary revelation. Yes, I know that mathematicians will tell you that you need to always expect the unexpected, and that life will always have random moments. But when you see the world with radical amazement, you see beyond the numbers, and recognize these coincidences as a moment when God is winking at you.

When I got older and moved past my Yeshiva student stage, I became much more of a rationalist, and I was no longer on a quest. But even rationalists can sometimes experience a coincidence that makes them pause; and so it was for me. My wife Lisa and I had struggled to have children into the third year of our marriage. One Friday night, after a long week, we chose to have dinner at home alone. During Kiddush, we heard a knock on the door. Outside was a young Chassidic man with his very pregnant wife. They had gotten stuck in traffic and had to get off the highway before Shabbat began. After finding their way to the local Reform Synagogue, they got directions to our home over a mile away. We had not been prepared for guests, but happily shared our home with our unexpected visitors. Lisa and I felt that taking in unexpected guests was our special obligation; after all, that Shabbat the Torah reading was about how Avraham and Sarah show exceptional hospitality to three strangers. It turns out that the three strangers who visit Avraham and Sarah are angels; and they are there to inform the old couple that they will finally have a child. Avraham and Sarah have a son one year later. And, as it turns out, after inviting in unexpected, pregnant guests, Lisa and I had twin boys ten months later. This young couple were not angels; but there is no doubt in our minds that they were malachim, messengers from God. We were hearing a divine echo.

When will God speak to us? First, we might want to consider how carefully we are listening, because a bit of wonder changes what one can hear.

Posted by Rabbi Chaim Steinmetz at 11:28 AM