We Need Chanukah More Than Ever This Year 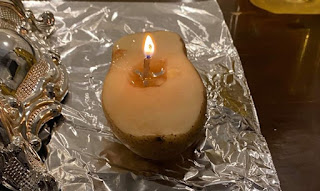 It is easy to dismiss Chanukah as relatively unimportant. In America, what has made Chanukah prominent actually diminishes its value; it is an also-ran holiday that only achieved importance as the Jewish counterpart to Christmas. But Chanukah has a universal message, one that is more meaningful than ever. Eight months into a pandemic, our morale is already wearing thin; and now we face a challenging winter, where we are forced indoors just as a new spike of cases arrive. Chanukah reminds us to never let hold of hope, no matter what.

“What is Chanukah?” It is surprising to see this question posed by the rabbis of the Talmud, as if the origins of the holiday were unknown to them. By the time the Talmud was written almost 2,000 years ago, the holiday was well known, and the story had been recorded in the  Book of the Maccabees in the Apocrypha. There had been a war of independence fought by Jewish rebels, the Maccabees, against the Seleucid Empire, and afterward the Temple in Jerusalem was rededicated. The celebration of this event was called “Chanukah,” the Hebrew word for dedication.

Yet if this were the rationale for Chanukah, the holiday should have disappeared once the Temple was destroyed. It would have been irrelevant. Why celebrate the rededication of a Temple that no longer existed? This is what the Talmud is wondering when it asks, “What is Chanukah?”

The Talmud offers an alternate reason for Chanukah. It tells of a miracle involving the menorah, the Temple’s candelabra. During the rededication, the Maccabees found just one jar of the High Priest's olive oil, enough for one night; but miraculously, the menorah remained lit for eight nights. With this explanation, Chanukah no longer depends on the rededication of the Temple. Yet this explanation prompts a question of its own: Why institute a holiday for a miraculous jar of oil?

The Talmud is actually reinventing Chanukah. For Jews in exile, this holiday celebrating a former triumph was transformed into a festival of hope, and the relatively unimportant miracle of the menorah now took center stage. One small jar of oil lasting for eight nights became a metaphor for a small community overcoming the odds against them. Jews in exile could take heart in the fact their Maccabees ancestors were able to overcome all odds; they were inspired to think that they could too.

Hope is a puzzle; many observers are unclear as to what  value it has. To some, like  the Roman Philosopher Seneca, hope is a denial of reality, which prevents us from “adapting ourselves to the present”. Others see a value in hope as a useful myth, one that prods people to feel more confident, and to aspire to build a better future. This certainly is enough of a reason to be hopeful. But a Jewish theology of hope goes much further, and sees hope as part of the divine blueprint. Hope is based on the belief that the world is always taking another step in the direction of redemption. And even one small Menorah miracle can serve as a reminder of that blueprint.

For nearly two millennia, the ritual of lighting candles on the longest, darkest and coldest nights of the year gave an embattled people hope. And it is the very smallness of the ritual that makes it so powerful. Rabbi Israel Baal Shem Tov, the founder of the Chassidic movement said: “A little light pushes away a great deal of darkness.” The same is true of hope. Even a bit of hope gives us the strength to continue onward and pursue redemption.

Last December, paramedics were called to the home of an elderly couple in Lakewood, N.J. As they were taking the wife to the ambulance, they noticed that alongside the Chanukah menorah there was a burning wick embedded inside a half of a potato. When the paramedics asked what the potato was for, the husband explained that during the Holocaust, he was on the run from the Nazis, hiding in different locations. He had very little, but for Chanukah he was able to improvise a menorah from a potato, some oil and a wick. After his liberation, the man explained, he continued to light a potato Menorah, to remember the miracle of his survival.

This December, hope is on the horizon, with the first deliveries of covid vaccines. But there will be much worry and suffering to come before the end of this pandemic. Right now, the lesson of the Lakewood man’s Chanukah potato is especially useful: A little hope can go a long way, and a little light pushes away a great deal of darkness.