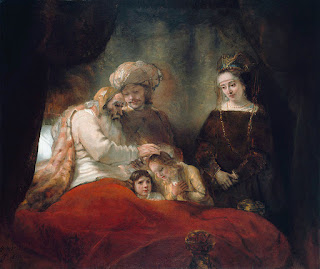 In March 1969, Margaret Mead gave a series of lectures at the American Museum of Natural History which focused on a problem she called “the generation gap.” She noted that since the end of World War II, the younger generation had been rebelling against governmental and educational systems. Mead argued that this was occurring because nowhere in the world are there elders who know what children know... In the past there were always some elders who knew more than any children in terms of their experience of having grown up with a cultural system. Today there are none. Contemporary culture is constantly evolving, and it is the younger generation that now knows best. The longstanding paradigm of wisdom being the province of the elders has now evaporated, and instead, the older and younger generations struggle for dominance, each certain of their own rectitude. For Mead, generation gaps are inevitable, and part of an ever-quickening process of cultural evolution. Her view is that the only end to this conflict is if the older generation abdicates their vision and ceases to be trapped in the past; instead, they should seek to pursue the future alongside the younger generation.

At a Pidyon Haben in 1974, Rabbi Joseph B. Soloveitchik offered a dramatically different understanding of the generation gap; namely, that with a timeless tradition, there is none. The baby boy at the Pidyon Haben was both the child and grandchild of the Rav’s students, and the topic of his speech was “The First Jewish Grandfather.” The Rav explained that contemporary man is so proud of his technological achievements that he has contempt for the past. His pride in progress makes him reject introspection. Scientific progress is mistaken for human progress, and the average person loses his appreciation for age-old insights into the human soul. A generation gap arises due to a lack of respect for the past. But, in the house of Jacob, Rav Soloveitchik explains, there is no generation gap. We see in this week’s Torah reading, Yaakov connects directly to his grandchildren, and leaps over the gulf of generations. This is because all who study Torah -  old and young -  are part of the same fraternity - the Mesorah community. The first Jewish grandfather teaches us how revelation and tradition erase the bounds of time. Rav Soloveitchik then dramatically describes his own classroom, where he, a teacher in his 70s, sits with students a half a century younger than himself. But as they study together, they bring the text to life; and Rabbis from centuries ago, Rashi, Rambam, Rabbi Akiva and others, join them in the classroom. The tradition unites young and old into one timeless generation.

Rav Soloveitchik’s lecture teaches us how the tradition ought to function. But that is not how it actually does. The irony is that today, the idea of “generation gap” is no longer relevant; in 21st century America, younger and older generations seem to work extremely well together. But the Jewish community is different. The 2013 Pew Portrait of American Jews reported runaway rates of assimilation. The younger generation of Jews, who are less embracing of Judaism, Jewish identity and Israel, don’t see eye to eye with their elders. There still is a Jewish generation gap.

Yaakov’s interaction with Ephraim and Menasheh actually tells us a different story. It is not the timelessness of the tradition that bonds old and young together; rather, it is the love of family that bridges the generation gap. When Yoseph brings Ephraim and Menasheh to his father, Yaakov asks: “Who are these?” This might be explained by Yaakov’s dimmed vision, or perhaps because he didn’t get to know his grandchildren well. But metaphorically, as the Midrash points out, this is a statement that expresses spiritual distance. Even Yoseph’s response, They are my sons, whom God has given me here expresses distance: Yoseph is explaining that these are the grandchildren born far away from the family home, in Egypt. Yaakov is confronting grandchildren who are foreign both in birth and in manner.

Yet Yaakov uses this moment to connect with love; he offers kisses, hugs and blessings.  And then he blesses Ephraim and Menasheh, and declares, In them may my name be recalled, And the names of my fathers Abraham and Isaac.  Yes, Yaakov is saying, these children were born far from home and have lived at a distance from our family. But they, too, will carry our legacy; even these children raised in the court of Pharaoh will be part of the Jewish future.

The key to understanding this section is the word “name.” It reminds us that Menasheh and Ephraim have names that celebrate breaking away from Yaakov’s home. Yoseph named them when he was disconnected from his family, and their names mean “God has made me forget completely my hardship and my parental home” and “God has made me fertile in the land of my affliction.”  Their names represent a breaking away, an attempt to let go of the past and begin a new future. In offering Menasheh and Ephraim his own name, Yaakov brings them back home; they are forgotten children no more.  In one embrace, a painful separation is healed.

There are two methods for overcoming the generation gap. One way is to bond together in a timeless tradition, where young and old live simultaneously in the past, present and future. But that is not always a possibility. Not everyone connects to the tradition of Moshe on Sinai. But there is another way. They can respond to the embrace of Aharon, which will bridge differences and bring the Jewish family back together again.

When faced for the first time with a Jewish generation gap, Yaakov hugs, kisses, and blesses. And in uncertain times for Jewish identity, we might want to consider doing the same.