Coronavirus Grumbling, the Sukkah, and the Wisdom of Hindsight 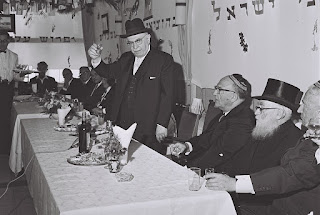 It has been a year and a half of discontent.

A friend of mine who is a doctor told me that her hospital recently held a seminar on how to deal with patients who are angry and disorderly. And it is not only this hospital. Schools, stores and airlines are similarly grappling with populations that are just angrier and more difficult.

A recent article in the Wall Street Journal noted that “Customer satisfaction is at the lowest level since 2005, according to the American Customer Satisfaction Index, which tracks the behavior of 300,000 consumers across 46 industries. ….The Federal Aviation Administration has initiated more than 750 investigations related to unruly passengers so far this year, compared with 146 in all of 2019.” People are simply unhappy, and taking it out on others.

Grumbling is familiar to students of the Tanakh; it is the defining attribute of the generation of the desert. These recently freed slaves, who had just left Egypt, complain 10 times for every possible reason; they are afraid of the Egyptian army, but also frightened of the people of Canaan. They are worried that Moshe has left them, and angry that Moshe is leading them. They complain about a lack of food, a lack of water, and once they do receive the manna, complain about that too. They are deeply unhappy, whining about matters as trivial as a lack of garlic and watermelons.

Sukkot commemorates these 40 years in the desert; and that is extremely strange. Why celebrate a time when our ancestors were miserable and grumbling? And it should be noted, in defense of the generation in the desert, that their situation was difficult. The changes, challenges, and uncertainties experienced by the generation of the desert would worry anyone. What purpose is there in commemorating a frightening time of fear, discontent and rebellion?

The answer lies in the wisdom of hindsight. There are moments, both in history and in life, that we view very differently years later. In literature, authors use retrospective narration to show how the narrator can change perspective with time, and look back on events differently at a later date. Hindsight offers unique insights, unentangled by the emotions of the moment.

The grumbling of the desert came about due to a combination of circumstances and character. The challenges of the desert bring out the worst in these former slaves; Maimonides and Ibn Ezra both point to the slavish, cowardly character they had, a slave mentality they could never shake. But there is another way to explain their behavior, one that makes the former slaves far more relatable to our contemporary experience.

According to the Talmud, the Jews were freed from servitude six months before the Exodus; for half a year, these former slaves lived comfortably in a prosperous world empire. They are then promised a land of milk and honey, only to be led into a barren desert. This bitter disappointment often leads to political instability. James Chowning Davies offered a theory of revolution known as the J-Curve theory, “that revolutions are almost inevitable when long periods of social and economic development are countered by sharp reversals and depreciation.” The generation of the desert had already tasted freedom and comfort, and had even bigger dreams. They expected immediate gratification, an actual rose garden of milk and honey. They had expected freedom to be immediate, easy, and free of problems. Instead, the challenges of the desert made the Exodus seem like a counterfeit redemption.

The generation of the desert complained because they were captives of their own mindset. But in hindsight, those 40 years look different. The contemporary reader can recognize that the wandering in the desert is far better than slavery, that it prepared the Jews for the responsibilities of statehood, and allowed them to slowly make their way to the promised land.

The 40 years in the desert is most appreciated much later in history, during the times of Ezra. A small group of Jews had returned from Babylonia under the sponsorship of Cyrus the Great.  They were threatened by the people who were occupying the land, and Ezra’s followers were frightened to rebuild any part of the Temple in Jerusalem.

Yet slowly but surely, this small group built a small autonomous community in the land of Israel that eventually turned into a large commonwealth. And the Book of Nehemiah tells us that this is when they rediscovered the magic of the Sukkot, and celebrated the holiday together as a community. A change in perspective had occurred. For the returning Babylonian exiles, getting halfway to Jewish sovereignty was a miracle; and they now understood how the halfway miracle of the desert was special as well.

Centuries after the grumbling in the desert, the Jews recognize how remarkable it is to take a few slow steps in the direction of the promised land. With the gift of hindsight, the years of the desert are seen differently, not as a time of frustration, but as a time of gradual redemption.

Sukkot teaches us the wisdom of hindsight, and that events look differently many years later. In the moment, we often lose sight of small victories; but years later we can see the difference they make.

Right now is a time of coronavirus grumbling and bickering. Our frustrations blur our vision, and we cannot see our own experience objectively. But perhaps years from now, with the wisdom of hindsight, things will be viewed differently. Perhaps one day, we will look back and recognize that dedicated scientists, heroic healthcare workers, and caring volunteers helped us overcome a pandemic. Perhaps one day we’ll look back at this period of discontent, and recognize all the good that was done far outweighs the bad; and we, too, will thank God for our pandemic Sukkot, which offered us some protection while slowly getting life back to normal.