The Revolutionary Ideology of Humility 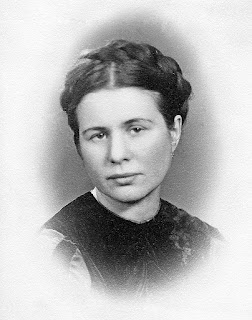 In a time of selfies and self-esteem, humility is a forgotten virtue. The Jewish tradition's emphasis on humility runs counter to our Zeitgeist, which places each individual at the very center of the universe. It is challenging for us today to make sense of the statement of Maimonides, that “the proper way is not merely that man be humble, but that one should be of a very diminutive spirit, and their spirit extremely lowly”. In some of the pre-war European Mussar Yeshivot, which were devoted to developing spiritual greatness, the students would constantly repeat aloud “ich bin a gornisht”, “I am a nobody”; this habit was meant to cultivate humility. Contrast that with social media, whose very purpose is to declare the opposite: I am a somebody, and I am worthy of attention.

For this reason, contemporary readers are shocked by archaic descriptions of radical humility. The following passage in Maimonides’ Commentary to the Mishnah (Avot 4:4) is a good example of this:

“I saw in a book from the books on characteristics that one of the important pious men was asked "Which day is the one upon which you rejoiced more than any of your days?" He said [back], "The day that I was going on a boat and my place was in the lowest places of the boat among the packages of clothing, and there were traders and men of means on the boat [as well]. And I was laying in my place and one of the men of the boat got up to urinate and I was insignificant in his eyes and lowly - as I was very low in his eyes - to the point that he revealed his nakedness and urinated on me. And I was astonished by the intensity of the trait of brazenness in his soul. But, as God lives, my soul was not pained by his act at all and my strength was not aroused. And I rejoiced with a great joy that I had reached the point that the disgrace of this empty person did not pain me and [that] my soul did not feel [anything] towards him..."

This type of saintly behavior seems strange to contemporary readers, and raises questions about the value of humility. Is humility submitting to humiliation? How can one live a life of joy with such a lowly self image? Furthermore, humility seems to undermine ambition. If a humble person doesn't see any value in their own abilities, they will never produce anything. Rabbeinu Bachya ibn Pakuda, the 11th century author of the classic ethical work, Chovot Halevavot, grappled with how he could be both humble and an author. In his introduction, he openly discusses his doubts about writing this brilliant work. He says that “..when I thought of proceeding to carry out my decision to write this book, I saw that a man like myself is not fit to compose a work like this. I estimated that my…. knowledge was too inadequate, and my intellectual faculties too weak to grasp the topics……(But) I knew that many great works were lost due to fear, and many losses were caused by concern. I remembered the saying: "it is part of prudence not to be overly prudent". ...Therefore, I found myself obligated to force my soul to bear the task of composing this book…” Bachya has to convince himself to disregard his own humility and write his book, because he recognizes that if every humble person desisted from writing, too much would be lost. Humility was always a complicated virtue; and in a time when self worth is the currency of the realm, humility is seen as a roadblock to happiness.

Our difficulty with humility is that we imagine it to be a form of self-affliction, and perhaps even self-delusion. But humility is also quite practical, and more necessary than ever. In our Torah reading, there are several regulations regarding the King; he has to limit the amount of horses and money he has, and must keep a Torah scroll with himself at all times. These rules are instituted in order “that his heart may not be lifted above his brethren, that he may not turn aside from the commandment to the right hand or to the left.” (Deuteronomy 17:20)  The Ramban explains that this represents an obligation for the King, and everyone else, to be humble. And the Torah outlines why this is so important: an arrogant king will ignore the Torah’s responsibilities and lose his connection with others. A humble King will be compassionate; as Maimonides puts it, he will “be merciful and compassionate to the small and great and attend to their wants and welfare…(and) show respect for even the lowest of the low.” (Laws of Kings, 2:6).

There are other benefits to humility. The Talmud asserts that humility is a prerequisite to learning, because one cannot learn if they believe they have all the answers; wisdom is found in those humble enough to learn from anyone. These rules recognize that arrogance is destructive. An arrogant king could become drunk with power, detached from his values, his people, and even common sense. A basic sense of humility is critical to the proper functioning of society.

But humility is more than a practical attitude; it is an ideology. Maimonides’ radical humility is meant to liberate humanity from the foolish desire for honor. Moshe Halbertal describes Maimonides’ view this way:"The humble man, the man of lowly spirit, is one whose self-esteem does not depend on social recognition. It follows that humility is not a belief in the lowliness of one's stature; rather, it is indifference to the value of honor." This is revolutionary. For the Greco-Roman political tradition, recognition on the public stage was a central value; but for Maimonides, God stands at the center. Once a person no longer seeks the accolades of others, they will base their self worth on whether they have served God and fulfilled their mission. As Halbertal notes, Maimonides’ view of humility threatens a political order built on controlling the public through honor and shame, because the humble will be far more independent than those who seek honor.  This is the ideology of radical humility; to pursue your mission without regard to stature, status, or honor.

The truly humble are driven, not by ego, but by purpose. Indeed, they will often achieve lofty goals, but make little of it. Their attitude is that they are “just doing their job”.

During World War II, Irena Sendlerowa, a young mother and social worker, was a member of a Polish underground devoted to saving Jews. With great courage and cunning, Irena used her position to smuggle 2,500 children out of the Warsaw ghetto and hide them in orphanages. After receiving a long overdue honor from the Polish government in 2007, Irena did not take a bow; instead, she shared her own abiding disappointment: "I could have done more…..this regret will follow me to my death.". When pressed by reporters about whether she was a hero, Irena responded: "Every child saved with my help and the help of all the wonderful secret messengers, who today are no longer living, is the justification of my existence on this Earth, and not a title to glory." Irena was a humble hero, unworried by popular opinion or the dangers in her path.

This is the ideology of humility; it matters not what humans think of you, only what God expects of you. And if you succeed in fulfilling your mission, you may have justified your existence on earth.

I just wish the justification for my existence on earth was as good as Irena’s.