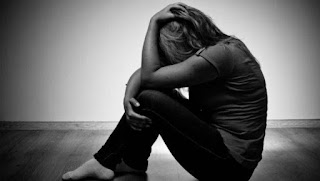 I was counseling a friend, a stay-at-home mother with two children, who was going through the dual crisis of bankruptcy and divorce. The question she asked me is one that still reverberates in my mind: How do I get through this?

Rabbis hear this difficult question all too often. There’s the  couple whose young son got an ear infection on Friday and whose funeral was the next Tuesday, and the person who went for a regular checkup and found out that she has a frightening disease. Standing at the threshold of a crisis, these people wonder if they will be able to cope with what lays ahead.

In the past year so many of us have been wondering: “how do I get through this”. While the Torah is not a psychology textbook, it does help us wrestle with the existential questions of life; and the texts of the Jewish tradition offer a great deal of guidance on how to navigate a crisis.  Humanity confronts its first crisis right at the beginning of the Bible, in the second chapter of Genesis, when Adam and Eve are exiled from the Garden of Eden; and from there on, the texts of the Jewish tradition tell of generations of strugglers, people who grappled with personal and communal challenges.

We must look inward to find courage.

One of the great Biblical lessons about courage comes from our ancestor Jacob. The Bible describes the moments before he is about to confront his brother Esau. The twin brothers have not seen each other for 20 years; and the last time they did see each other, Esau vowed that he would murder Jacob.

The Rashbam offers a fascinating explanation. Jacob was afraid, and had planned on running away from Esau that night. But God did not want Jacob to run away; and to teach Jacob the lesson of courage, he sent the angel to keep Jacob from fleeing. After wrestling the entire night, Jacob vanquishes the angel, and the angel then offers Jacob a new name, Israel, because Jacob "has wrestled with God and with man and prevailed".

The Rashbam's explanation fits the text very well, but it poses a further question of its own. How is it that Jacob is praised for wrestling that night, when in actuality he was a coward who wanted to run away?

The answer to this question has to do with an understanding of where courage comes from. Many believe that courage is inborn; but it's not.

Courage is not natural. But when you are thrown into a situation that demands courage, you can find an inner strength you never knew that you possessed, much like Jacob. And that itself deserves to be highlighted. The lesson Jacob teaches us about life is that we need to just jump in and wrestle. We all have a lot more courage than we imagine.

When I was a child, we had a basement that was foreboding for me, particularly at night; I was afraid to go down there. But my mother constantly encouraged me to go down into the basement. She felt strongly that I needed to train myself to overcome my fears.

It was only when I became an adult that I realized that my mother's insistence was autobiographical. She was a survivor of the Holocaust. As a teenager she was deported from a privileged home, wearing a fur coat and fancy jewelry. From there she was thrust into the horrors of the Holocaust overnight. In an instant, my mother had to train herself how to be courageous. And she truly was.

My mother was trying to teach me a life lesson that she had learned with a great deal of pain: you can do it. You don't need to be born with courage. In fact you don't even need to be courageous to have courage. You just have to be ready to wrestle when that is what life demands.

If there is a lesson we all need this year, It is a lesson that Jacob/Israel is teaching us: You can do it.

But we can’t get through the crisis alone. Our relationship with others is critical.

The first two human beings don't get off till a good start. Adam and Eve eat forbidden fruit, and when confronted by God over this failure, end up playing the blame game. This isn't a great start to a relationship.

And yet after being thrown out of the Garden of Eden, confronting a cruel, cursed existence, they find comfort in each other, have children and build a family.

One can fully see the shift in their relationship when Adam gives his wife an admiring new name, Eve, reflecting the fact that she is the mother of all mankind. (Before that she was simply the generic "isha", which means "woman".) This shows Adam's deepening respect for the woman he previously had bad-mouthed to God.

Then Adam and Eve endure a second crisis, even more horrible than the first. One of their sons murders the other. And yet they continue to build a family, and have another child, Seth.

Man is a social animal, and cooperation is critical to the success of any significant project. But it is in times of defeat and difficulty that we need each other more, for companionship and compassion. It is with love that we find renewed strength, and the ability to face even the most horrible of circumstances.

Adam and Eve remind us  of the power of love and family. And I've seen this demonstrated in the lives of friends who were survivors of the Holocaust.

I have one friend who, as a teenager, saw his brother murdered, and then escaped into the woods alone. He would tell me over and over again, that the first thing he wanted to do after the war was to start a family; and he built a flourishing multi-generational family. Another person I knew spent the last two years of the Holocaust in a Hungarian labor camp. There, one of the other inmates showed him a picture of his sister. He looked at the picture, and then looked at his friend and said: she is beautiful. I want to marry her.

Even at the worst moments of their lives, these men were thinking about family and love. And that is inspirational.

Iddo Landau has written a book entitled “Finding Meaning in an Imperfect World”. At one point in the book he explains why the subject of meaning is so important to him. He writes that:

"I was born in the late 1950s and spent most of my childhood and youth in Jerusalem. Many of my neighbors, and some relatives were Holocaust survivors. I remember being impressed as a teenager by the ability some of of them had to lead meaningful and sometimes even happy lives….many of them had gone on to create new families and new lives...

Meeting some of these people in my youth left on me a strong impression that has lasted to this day."

This is finding strength through love.

There is an element of faith that many Jewish thinkers refer to as "bitachon". According to Rav Avraham Yeshayah Karelitz, the Chazon Ish, it refers to a faith that God has a plan for each of us. But how does one understand God's plan for us?

I believe that bitachon  is about recognizing that our existence has been endowed by God for a greater purpose, and that we all have a mission in life. And we sometimes find our mission at our most painful moments.

One of the more remarkable survivors of the Holocaust was the Klausenberger Rebbe, Rabbi Yekusiel Yehudah Halberstam. The war had taken the lives of his wife and their eleven children, but the Rebbe continued to be a true spiritual leader, and after the war gave strength and encouragement to thousands of other survivors. During a death march, the Rebbe was shot in the shoulder, and he lost a considerable amount of blood. As he was losing his strength he made a vow to God: “If I merit to survive, I will garner all my energies to build a hospital in the Holy Land where every human being will receive the same dedicated medical care irrespective of nationality or creed.”

After the war he kept his vow. In 1955 he started to work on the project of building a hospital in Netanya. After nearly 20 years, his hospital, the Laniado Hospital in Netanya, opened in 1975.

Not all of us will end up building a hospital. But the mission we need to find is not necessarily one of decades or years. As the Baal Shem Tov once said, "a soul may descend to this world and live seventy or eighty years just in order to do one good deed."

Sometimes even one act of kindness is a transcendent mission; one care basket for a lonely neighbor, one phone call to a long lost friend. We all have a mission to fulfill, and it is in times of crisis that we need to embrace it firmly.

These are Jewish lessons about crisis: reach inward for courage, reach outward in love, and look upward in search of our destiny.

When we look back years and decades later, we can see how powerful these responses are.

Let me end with one example.

The bride was the granddaughter of my late friend John from Montreal. He was a survivor of the Holocaust whose entire family, except for his mother, were murdered by the Nazis.

When I arrived in Israel, John told me he had been up for a few nights thinking about the date June 22nd. Like all weddings, the couple had chosen the date for logistical reasons, but in the back of John’s mind he knew June 22nd was also a very important date; he just couldn’t remember why.

Then 2 days before the wedding, John realized that on June 22nd, 1941, the Germans had invaded Russia. It was on that day that the Russians took him away for military service, and it was the last day John saw his father, brothers and sister. June 22, 1941 was a tragic day in Jewish history, and on that day John’s young life was torn apart.

This is what the response to crisis looks like 75 years later.

And right now, as we continue to struggle with this crisis, we should remember that with courage, love and a sense of purpose, we can transform the world.