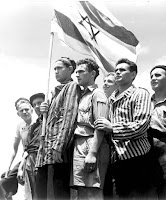 Absolutely wonderful and profound to boot!

I wish that in today's society that parents teach this to their children. Maybe then we would have a much better society. Thank you for your post.. It might be too late to pass this on to my children but I sure will to my grandchildren.

I wish that in today's society that parents teach this to their children. Maybe then we would have a much better society. Thank you for your post.. It might be too late to pass this on to my children but I sure will to my grandchildren.