The Small Picture and the Big Picture 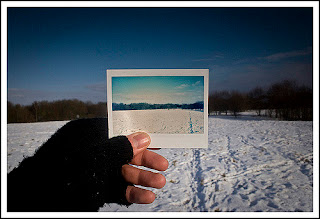 The “trolley problem” is a powerful moral dilemma that forces us to define our ethical beliefs. The brakes on a trolley have stopped working. The conductor sees that there are five people working on the track, and if the trolley continues downhill it will kill them. He looks to his right, and sees that  he can turn the trolley onto a railroad spur. Unfortunately, on the railroad spur one person is working, and will be killed by if the conductor turns the trolley. What should he do?

The trolley problem asks: are you allowed to murder one person to save the lives of five others? Do the ends justify the means? This issue has long been debated by philosophers, and the two viewpoints are called deontological (or absolutist) and utilitarian. When I teach the trolley problem  in classes, most people take the utilitarian view that you kill one to save others. It seems to be a question of simple mathematics: five lives are greater than one.

What is fascinating is that the halachic tradition takes the other view. Starting from the Jerusalem Talmud to Maimonides and the Rama, Halacha forbids committing murder even under more extreme circumstances than the trolley problem. Why is this so?

A fascinating way of looking at this debate is offered by Thomas Nagel. He writes that: “Absolutism is associated with a view of oneself as a small being interacting with others in a large world…. (while) Utilitarianism is associated with a view of oneself as a benevolent bureaucrat distributing such benefits as one can control to countless other beings…..”.  The perspective of absolutism looks at the small picture, and asks what is my moral responsibility to a specific person. The utilitarian perspective looks at the big picture, and tries to get the best outcome for the entire world. The Talmud believes the small picture is the morally superior perspective. You need to do what is right to your neighbor before you run off and save the entire world.

In real life situations, we intuitively turn to this perspective. During the Holocaust, Jewish councils had to decide whether or not to turn over some of their population to the Nazis in order to help save the others. The rare few who collaborated with the Nazis with the rationale of saving lives, like Chaim Rumkowski, were vilified and judged harshly by history. Five against one looks like a mathematical problem until you are faced with doing the killing yourself.

The small picture perspective is not just about moral choices, it is also about building community. It is easy to discuss politics and only consider the big picture about what will be the best policies for our country, and forget about our friends and neighbors. In our political zeal, we find it intolerable to talk to anyone with a different point of view, and at times it seems as if people of different political persuasions are hermetically sealed from each other. (Much the same is true of Jews with different religious viewpoints; even Orthodox Jews with different views on women’s ordination can’t have a civil conversation together). This is a tragedy. Enamored with the big picture, we start to love America so much that we begin to hate other Americans, and love Judaism so much that we start to hate other Jews.

The Talmud’s lesson is that we fix the big picture only by fixing the small picture first. Hopefully we will remember this lesson before it is too late.