The Case for, and Against, Sweetness 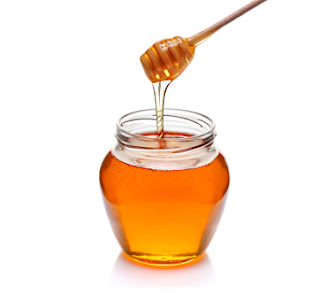 This is honey season. In our home, the custom is to dip the Challah into honey from Rosh Hashanah until Simchat Torah, to eat something sweet in prayer for a year that is sweet.
The desire for sweetness should be incontrovertible; of course we want a sweet life. But actually there is room for a debate about sweetness, and there is a case for, and against, sweetness.

The case for sweetness is easy. Life should be sweet, and our Judaism should be sweet. There was a medieval custom that a child would be taught the Hebrew Alphabet by writing each letter in honey on a board, and after learning the letter, the child would then lick the honey; this was meant to symbolize how sweet the Torah is.

Not everyone wants their religious experience to be sweet. It is easy to see religion as primarily discipline and seriousness. H.L. Mencken once quipped that Puritanism is “the haunting fear that someone, somewhere, may be happy.” In our own community, we need to teach how sweet Judaism is, and that it could be and should be seen as a joy. Our relationship with God is one of sweetness, and many Jewish philosophers see creation as an act of love, a gift of joy to mankind. And this idea is reflected in a Jewish approach to life. In 2012, the Gallup-Healthways Well-Being Index found that Jews have the highest well-being and happiness levels of any of the American faith groups. Joy is an essential part of Judaism and Jewish culture.

But there is another case to be made: a case against sweetness. Happiness cannot be our ultimate goal, and we need to recognize that happiness and meaning are not one and the same. In a 2013 study, Professor Roy F. Baumeister found that that “happiness without meaning characterizes a relatively shallow, self-absorbed or even selfish life”, while “the unhappy but meaningful life..(is)...seriously involved in difficult undertakings”. In other words, to exclusively pursue a sweet and happy life leads to a superficial and materialistic mindset.

So what is the choice? For many the difficult choice is the easier one. John Stuart Mill wrote “It is better to be a human being dissatisfied than a pig satisfied; better to be Socrates dissatisfied than a fool satisfied.” This echoes the Jewish tradition that you serve God without interest in a reward, and do what is right simply because it is right. And even if you have to make sacrifices, you continue to do what is right because that is what make a man into a mensch. In a choice between happiness and meaning, you choose meaning, because it is better to be a good man than a happy man.

We live at a time where sweetness is the ultimate goal, and that makes the case against sweetness even more important. The American Council on Education has been surveying incoming college freshman since 1966. In 1967, 82.9% of freshman felt that “developing a meaningful philosophy of life” was essential; in 2015, only 46.5% felt that was an important objective. (In contrast, in 1967, 43.5% of freshman considered it essential to be “well off financially”. By 2015, that number had gone up to 81.9%).

So we pursue happiness almost exclusively; but what is next? As Estragon says in “Waiting for Godot”:  “What do we do now, now that we are happy?”.

Even though Judaism cherishes happiness, we know that it cannot be the ultimate goal. Had our ancestors decided that happiness was the goal, there would not be any Jews today. It wasn’t always happy to be a Jew, but it was always meaningful.

Professor Marc Michael Epstein tells a powerful story of his days working in the rare book department at Sotheby’s. Inevitably, elderly people would show up with old books of little value, assuming they were important antiques. One day, one such elderly man arrived, with a book of Psalms from 1920. Not knowing how to explain that the book had no monetary value, Epstein asked him: “what did you pay for this?”. Epstein describes that “the old man drew himself up to his full 5 feet, 2 inches. “For this, I paid seven days’ Auschwitz bread,” he replied. It seems that the Nazis had caught him with the little Psalm book, and, as a penalty for possessing it, imprisoned him without food—only water to drink—for an entire week. Epstein writes that he stammered, until he finally said: “This....is too valuable for us to sell.”

As we start the new year, we come to celebrate what will hopefully be a sweet future. But we never forget that  there are things greater than happiness,and goals more noble than joy.
Posted by Rabbi Chaim Steinmetz at 12:27 PM