What if the Messiah Doesn’t Arrive? 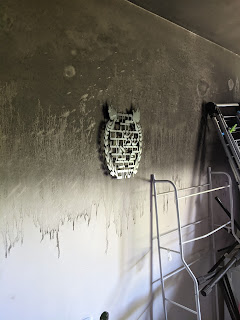 What happens if the Messiah doesn't arrive? The story is told about a pious Brooklyn shopkeeper in the 1940s, who due to financial stresses, kept his shop open on Shabbat. One day, a charismatic rabbi organized a march to greet the Messiah, and many began to believe that the redemption was near. The shopkeeper asked the local Rosh Yeshiva for advice on whether he should close his shop on Shabbat, to prepare for the Messiah's arrival. The rabbi, a graduate of one of the Lithuanian Yeshivot, told the shopkeeper that he need not worry, the Messiah wasn’t coming that weekend.  A student, overhearing the exchange, was puzzled by it; why was his teacher discouraging the shopkeeper from observing Shabbat? The Rosh Yeshiva responded that if the man closed his shop, and the Messiah didn't arrive, the disappointment would break his faith, and he would never entertain observing Shabbat again in the future.

Too much hope is dangerous. Even the belief in the Messianic redemption, a foundation of Judaism, can be destructive; Maimonides cautions multiple times against speculating about when the Messiah will come. In his Letter to Yemen Maimonides writes the following about a false Messianic prediction that wreaked havoc in the Jewish community in Fez: “a pious and virtuous man and scholar by the name of Moses Al-Dar'i came from Dar'a to the province of Andalusia to study under Rabbi Joseph ha-Levi, of blessed memory, ibn Migash...People flocked to him because of his piety, virtue and learning. He informed them that the Messiah had come, as was divinely revealed to him in a dream....Many people became his adherents and reposed faith in him....When the majority of the people put their trust in him, he predicted that the Messiah would come that very year on Passover eve. He advised the people to sell their property and contract debts to the Muslims with the promise to pay back ten dinars for one, in order to observe the precepts of the Torah in connection with the Passover festival, for they will never see them again, and so they did. When Passover came and nothing transpired, the people were ruined as most of them had disposed of their property for a trifling sum, and were overwhelmed with debt.” Hope is intoxicating, and can blind one to reality; in this case, hope ravaged the community of Fez.

Maimonides’ views on redemption are a powerful guide to life. A similar idea is found in Jim Collins’ book Good to Great. Collins describes what he calls the Stockdale Paradox, named after Admiral James Stockdale, who was the highest-ranking United States officer held as a prisoner of war in Vietnam. Stockdale was a POW for eight years, and endured torture, deprivation, and horrible conditions; dozens, perhaps hundreds, of these prisoners of war died during captivity. Stockdale courageously led the POWs in resisting their captor's demands, and gave strength and support to his fellow prisoners. Collins interviewed Stockdale, to understand what type of mindset was needed to endure such a difficult experience. When Collins asked who didn't make it out, Stockdale replied: "Oh, that’s easy, the optimists. Oh, they were the ones who said, 'We're going to be out by Christmas.' And Christmas would come, and Christmas would go. Then they'd say, 'We're going to be out by Easter.' And Easter would come, and Easter would go. And then Thanksgiving, and then it would be Christmas again. And they died of a broken heart.” Later in the same interview, Stockdale explains that he still retained his sense of optimism throughout: "I never lost faith in the end of the story, I never doubted not only that I would get out, but also that I would prevail in the end and turn the experience into the defining event of my life, which, in retrospect, I would not trade." Collins asked Stockdale how he could embrace a brutal reality while being so optimistic at the same time. Stockdale replied: “You must never confuse faith that you will prevail in the end—which you can never afford to lose—with the discipline to confront the most brutal facts of your current reality, whatever they might be.” Collins writes that the paradoxical mix of optimism and realism that Stockdale exhibited is critical to building organizational excellence. And this lesson, which was first taught by Maimonides, is the healthiest way to approach all of life. We must be optimists and realists at the very same time, both at the worst of times and in the best of times. Life demands a two-track reality.

The Book of Bamidbar emphasizes this lesson. At the outset, there are careful and intricate plans, taking a census of the soldiers available for battle and setting up the camp to be ready to march into the land of Israel. These careful preparations culminate in a verse in this week's Torah reading, where it describes how the Ark of the Covenant being carried in front of the army, as God leads the Jews to victory.

And right in the middle of the Parsha, the plan falls apart. From here on, the Book of Bamidbar tells of complaints and more complaints. There is the fiasco of the spies, and the Jews are condemned to spend 40 years in the desert; this decree breeds frustration, leading to a rebellion.  The great plans of the beginning of Bamidbar quickly dissipate.

It would be tempting to see the book of Bamidbar as a tragedy; but that would be a mistake. The turning point of the book is punctuated by two unusual signs which look like upside down letter nuns; these signs are not found anywhere else in the Torah. The Talmud offers the fascinating comment that these punctuation marks are meant to divide Bamidbar into three separate books. But what is the meaning of this strange comment, and why should we see Bamidbar as a divided book? I would argue the Talmud is offering the insight that Bamidbar is different from an ordinary book, because it does not follow a narrative arc. The other books of the Torah have a clear narrative direction. Genesis is a tragedy which begins in the utopia of Eden and ends in the dystopia of Egypt bondage; in Exodus, the Jews are redeemed from slavery and become a kingdom of Priests. But in Bamidbar, the upside-down nuns come to remind us not to impose a narrative arc on the story, and see it as a story of tragic failure that follows a linear progression. Instead, we should recognize there are two themes that are meant to remain side by side throughout: the ideal plans and the failures of implementation. This dual vision reminds us that when you have big dreams, you will have even bigger disappointments; and despite these disappointments, there is still plenty of hope to go around. Bamidbar is not a tragedy, it is an as of yet unfulfilled dream.

This is why we have a holiday, Sukkot, to celebrate the events of the Book of Bamidbar, the 40 years of wandering in the desert; because even when you're stuck in the desert and have to live in a tent, if you are on your way to a bright future, you must celebrate.

The state of Israel lives a Bamidbar reality; it has both big dreams and big disappointments. The Zionist vision, from Herzl on, is of a state that would enable the Jews to live in peace and prosperity. But right now, it seems like the opposite is true: in the last two weeks alone there were rocket attacks on 70% of the country, propaganda attacks against its reputation, and attacks on ordinary Jews around the world for the “sin” of Zionism. Israel’s army is repeatedly forced into the ugly arena of war, where the only choices are to kill or be killed. Everyone feels desperate for a quick solution; and some throw their hands up in frustration, saying that Israel is no longer worth the effort. But they forget that we are obligated to carry a dual vision, grabbing hold of reality while embracing optimism.

This past week I visited Israel on a UJA mission. During our visits we saw a home that was destroyed by a rocket, an apartment that was firebombed during riots, and a Kibbutz where most of the members had evacuated. We learned about children who are so traumatized that they can no longer look at balloons, which are used by Hamas as incendiary devices; we heard people cry about their homes that had been destroyed. Reality at times felt bleak and too difficult to bear, and some of my colleagues compared our trip to visiting a shiva house.  Yet what was remarkable to me was how much optimism there was everywhere we went. We visited Kibbutz Nir Oz, which is 400-person community a mere 2500 feet from the Gaza border. During the conflict, the Kibbutz had been under attack from rockets, mortars, and even sniper fire. There, we had lunch with students from Kedma, a program that brings them to integrate into the Kibbutz and look after its older members; many study at a nearby college in Sderot. We spoke with Yogav, who came from Tel Aviv, and chose the Kibbutz instead of the comfortable life back home because he wanted to be a pioneer. We heard from Emily, who had made Aliyah from Austria and served in the Israeli army. She spoke to us about the difficulties during the war, of the constant sirens and the shells that landed in the Kibbutz. She told us how her parents in Austria called her constantly during the 11-days of battle, and that her mother had begged her to return home. But Emily explained that she stayed put because this is where she found her purpose, where she could help build a better future for the State of Israel. I was moved by these students’ optimism. Even while being bombarded by rockets, they still embraced hope.

The past two weeks have been tragic. In times like this, it is easy to lose hope; who can imagine the Messiah arriving right now? But that is the wrong way to look at things. Perhaps the Messiah hasn't arrived, but people like Emily and Yogav have. And that is true cause for optimism. 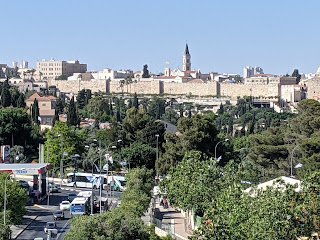 Posted by Rabbi Chaim Steinmetz at 10:09 AM