What Roots Can Do 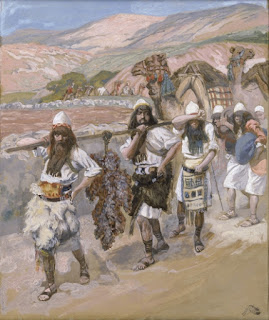 One of the delegates to the Sixth Zionist Congress walked from Bulgaria, a trip of 42 days on foot, just to get there. While the story of one man dragging himself across Europe in the summer heat may seem like an amusing anecdote, it does explain a great deal about what ultimately transpired.

The Sixth Zionist Congress opened on August 23rd, 1903, in Basel, Switzerland. At the opening session, Theodor Herzl rose to read a letter from Sir Clement Hill, the director of the Protectorate Department in the British Foreign Office. The letter stated that the British Foreign Office “will be prepared to entertain favorably proposals for the establishment of a Jewish colony or settlement” in the area of the Uganda Protectorate in East Africa. (The area suggested is in what is now Kenya.) The delegates sat in stunned silence. It was impressive that a great world power had taken an interest in the cause of Zionism, but there was profound shock that the father of modern Zionism was abandoning the dream of returning to Zion.

Debates began, and eventually chaos then broke out in the hall. One Jewish newspaper described the scene this way: “...people were shouting, some were singing Russian songs, others climbing on chairs, throwing leaflets from the galleries into the hall, banging the chairs on the floor. There was a tremendous noise...the tumultuous scenes continued into the small hours of the morning; the casino where the Congress took place was besieged by masses of excited people…” Ultimately, out of respect for Herzl, the Congress would vote to approve a fact finding mission to consider the Uganda proposal, but the overall reaction was extremely negative. Some delegates went on a hunger strike; even the delegates from Kishinev were vehement in their rejection, saying they would rather live in hell than give up on the dream of returning to Israel. And a year of fury would follow, with multiple attacks on Herzl and the supporters of the Uganda proposal. (Parenthetically, the British colonials in East Africa had no interest in opening the door for Jews either. They wrote bitter letters to British newspapers attacking the plan, and mockingly nicknamed the plan “Jewganda.”) In December, at a Hanukkah ball in Paris, a Russian student by the name of Chaim Zelig Luban took two shots at Max Nordau, Herzl’s closest associate, while shouting “death to Nordau the African.” Luban was luckily a terrible shot, and afterwards Nordau ran to Luban’s side to protect him from the furious crowd. The bitter opposition to the Uganda Plan took a great toll on Herzl, and his already weak health began to deteriorate; he died on July 3rd, 1904.

Critics of Zionism see the Uganda Plan as proof of Zionism’s lack of authenticity; but that is a complete distortion of history. Herzl desperately wanted a return to Israel and Israel only. What motivated Herzl to adjust his plans was a shocking spike in European antisemitism. In April 1903, a horrible pogrom took place in the city of Kishinev, where 49 Jews were murdered, and countless others assaulted, raped, and injured. Herzl was prescient about the impending explosion of European antisemitism, and after the Kishinev pogrom, he became more desperate to find Jews a safe haven. Indeed, contemporary critics of the Uganda Plan should first consider the counterfactual of what might have happened had there been a Jewish protectorate in Kenya during the years of the Holocaust. (It is also important to point out that when offered a chance to be actual colonialists, the Zionist movement emphatically said no.) And while the Uganda Plan was both a mistake and a failure, it arguably pushed forward the Zionist cause, by engaging a world power and bringing greater attention to Jewish nationalism. In one of the ironies of history, the charter for a Jewish Protectorate in Uganda was drafted by Lloyd George, who a few years later, as prime minister, would be the head of British government that issued the Balfour declaration.

Uganda was never meant to be a final stop. In a letter to Nordau, Herzl writes that “it is the task of leadership to point the way to the goal, even by a detour, if necessary. Moses himself went through the same experience.” Herzl is correct in noting that the Jews did not travel directly from Egypt to Israel; they detoured, to avoid immediate battle. Ultimately, they wait for forty years, due to the sin of the spies. Herzl failed to recognize that the Zionists of 1903 were nothing like the generation of the desert; they had remarkable passion for Israel, a passion strong enough for one man to walk for 42 days to the Congress.

There are several factors in the failure of the ill-fated mission of the spies, including a lack of faith in God's promises and a lack of self-confidence. But often overlooked is that the generation of the desert had little connection and few roots in the land of Israel; while their distant ancestors had lived in the Holy Land as wandering strangers, prior to that time there had never been a significant Jewish presence in Israel. They cannot be blamed for lacking a passion for something to which they had no connection.

This reality is reflected in the text. The Parsha places enormous emphasis on the fruit that the spies would bring back. They visit a valley, where the spies take a cutting that includes a cluster of grapes. Because of this, the valley is given a new name, Nahal Eshkol, the Valley of the Cluster. In other sections of the Torah, the mission of the spies is always tied to Nahal Eshkol. When reading the Parsha, one has to wonder: Why is there such an emphasis on this valley, the fruit, and the cluster in particular? And why did the spies take a cutting with them?

The answer begins with the cutting; the most common way of growing a new vine is with a cutting from an old one. According to Rabbeinu Bachya, it is the righteous spies, Yehoshua and Kalev, who carry the cutting home. This cutting is no mere sample; it is a symbol that conveys the message that in Israel the former slaves can establish roots and build a homeland.

There is another section of the Torah which mentions an offering made of fruits: the parshat habikurim, which discusses the first fruits that farmers would offer in the Temple. Herzog College lecturer, Rabbi Elchanan Samet, notes that there are multiple narrative parallels between the story of the spies and the parshat habikurim - and the great mystic, the Arizal, explains that the bringing of the first fruits was a response and remedy to the sin of the spies.

This parallel further emphasizes the importance of roots. When bringing the first fruits, the farmer would declare that our ancestors wandered, enslaved and abused, until we arrived in Israel. The farmer would talk about a history of being unrooted and uprooted, and how the past inspires him, and us, to cherish our roots.

Yehoshua and Kalev are extending an invitation to the Jews in the desert to put down roots. Later generations would do exactly that. Even after being exiled, they would dream, pray, and talk about Israel every day, and at the end of the Seder would declare “Next year in Jerusalem.”  And this is why in 1903, a solitary man from Bulgaria walked through Europe in the hope of realizing a 1,900-year-old dream; he was looking to reconnect to his roots.