Why Are There Unethical Rabbis? 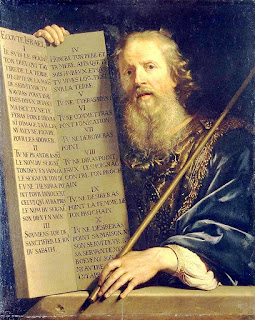 “Prohibition certainly was not the finest hour for America's Orthodox rabbis.” With this understatement, Hannah Sprecher sums up a disturbing chapter in American history. The Volstead Act, which implemented the 18th Amendment, took effect on February 1, 1920. It prohibited the production, transport, and sale of intoxicating beverages, but made an exception for the manufacture, possession, and sale of wine for religious purposes when supervised by a “Rabbi, Minister or a Priest.”

This opened the door to a great deal of corruption, because any synagogue could provide its members with up to ten gallons of wine a year. Suddenly, many synagogues started to sell enormous amounts of wine. By 1925, in New York alone, the amount of wine distributed for sacramental purposes reached 1.8 million gallons, three times the amount sold just three years earlier. There were highly publicized raids, like one on the Menorah Wine Company on Manhattan's Lower East Side in March 1921, in which $250,000 worth of wine was seized.  Newspaper headlines included “Jewish Rabbis Reap Fabulous Sums by Flouting Dry Law,” and “Big Illicit Pools Selling Sacramental Wine.” Anti- Semites went on the attack, with Henry Ford’s Dearborn Independent claiming that “Bootlegging is a 95 per cent controlled Jewish industry in which a certain class of rabbis have been active.” The misdeeds of clergy and congregations shocked many Jews. Louis Marshall, the President of the American Jewish Committee, is said to have admitted privately that “the percentage of Jews engaged in illegitimate bootlegging, including quite a number of rabbis, was shamefully large, and reflected discredit on the Jews.”

How can Rabbis act unethically? How do we explain otherwise religiously pious people who are dishonest and deceitful? Many argue that ethics itself is grounded in religion. Rabbi Jonathan Sacks argues that without faith, humanity is like an “orchestra without a conductor, (that will)....lose the habits that shape and drive the moral order.” We expect that the righteous will do what is right, and that religion will be a blessing to society.

This expectation is far from obvious. It is quite possible for a single-minded focus on God to lead the man of faith to ignore humanity. Faith makes exceptional demands, and compared to them, man seems inconsequential.  John Henry Newman, the influential 19th century Catholic theologian wrote: "The Catholic Church holds it better for the sun and moon to drop from heaven, for the earth to fail, and for all the many millions on it to die of starvation in extremest agony, as far as temporal affliction goes, than that one soul, I will not say, should be lost, but should commit one single venial sin, should tell one wilful untruth, or should steal one poor farthing without excuse." If God is all that matters, then our interest in man is an afterthought.

Judaism takes a different point of view. The Talmud tells the story about a potential convert who approaches Hillel, and asks to be taught the entire Torah while standing on one foot. Hillel said the entire Torah can be found within the commandment “Love your neighbor as yourself”; everything else is the commentary on that verse. Hillel is not offering a pithy response. He is articulating a vision that sees ethics at the foundation of our relationship with God. And I believe that this is the most profound message of the Ten Commandments: authentic faith must lead one to ethical behavior.

The Ten Commandments have a clear structure; first come the commandments between God and man, followed by the commandments between man and man. It also goes from violations that are more significant to those that are less significant; “You shall not murder” comes before “You shall not covet.”  Taken together, these two structural elements unlock the message of the Ten Commandments: Your faith must be so deep that you encounter God everywhere in creation, especially in your interactions with other people, because  man is created in the image of God. This faith must lead you to treat other people ethically, respect their property rights, and go so far that you will not even covet another person’s goods.

The Ten Commandments are a ladder of faith, with each commandment allowing us to further realize our faith within this world. By respecting humanity all the way to the point of not coveting, one completes the mission implicit in the commandment of “I am the Lord your God.” Ethics is not only the obvious outcome of faith, but actually the ultimate expression of a belief that sees God within the creation of man.

Not everyone understands this. Many fail to make the jump from believing in God to honoring those created in God’s image. The Talmud talks about the “chasid shoteh,” “the pious fool,” who can't be bothered to save a drowning child because he doesn’t want to ruin his tefillin in the water. How can there be unethical rabbis? Because there are always those who think that their service of God ends by wearing a pair of tefillin and can’t hear the cries of their fellow man. Tragically, their cruel foolishness makes a mockery of the Torah.

But I would be remiss if I left the subject here. The religious, yet unethical, garner headlines, but there are so many who quietly make a Kiddush Hashem on a regular basis, motivated by their faith. One such anecdote which particularly inspired me is about Yishai, who was at the time a 17-year-old volunteer for Magen David Adom. On Saturday night, March 9, 2002, Yishai was in Jerusalem. At 10:30 p.m., a suicide bomber blew himself up, and Yishai ran to the scene. Barbara Sofer, a reporter for the Jerusalem Post, describes what happened next:

He leaned over one young person, but there was no breath. Another young woman was lying nearby. He saw her flinch. Blood gushed from her leg. Like many emergency crew volunteers, he usually carried a tourniquet. Not that Shabbat. But he did have something he could use. Yishai was wearing tzitzit, a small tallit with fringes. He stripped off his white shirt and removed the garment. Together with a man named Yaron, he turned the tzitzit into a tourniquet. Wrapped tight around the young woman's leg, the cotton turned red. Minutes later, the ambulances arrived....

Across town, orthopedic surgeon Moshe Lifschitz rushed the young woman into the operating theater. Her bones were shattered and her femoral artery was torn in two places. He found the tzitzit, tied like a tourniquet around her leg. Whoever did this was thinking fast, he realized…. Jerusalem really is a small town... (and) I tracked down the surgeon.

There can be no better use for a pair of tzitzit, because true faith always leads us to a love of man. And that is the entire Torah while standing on one foot.