The Cult of Overwork and the Sabbath 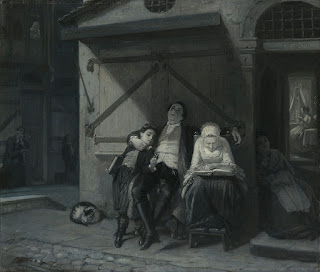 An article in The New Yorker described it best: the cult of overwork. White collar professionals in the United States are far more likely to work longer hours than lower paid workers. A 2008 Harvard Business School survey of people in professional services (consultants, investment bankers, accountants, lawyers, IT, and the like) found that "94% of 1,000 such professionals said they put in 50 or more hours a week, with nearly half that group turning in more than 65 hours a week. That doesn’t include the 20 to 25 hours a week most of them spend monitoring their BlackBerrys while outside the office."  Another Harvard survey of “extreme workers,” who work very long hours, found that "Almost two-thirds (64%) of extreme workers admit that the pressure and the pace are self-inflicted—a function of a type-A personality."

It should be noted that overwork is ultimately impractical. After a certain point, productivity suffers and burnout is common. The Midrash says that Moses, while still in Pharaoh's household, convinced Pharaoh to allow the Jewish slaves to rest on Shabbat. Moses argued that a Sabbath would be to Pharaoh’s benefit; slaves that never stop working will die from overwork. Even a Pharaoh can grasp the practical value of the Shabbat; and in recent years, as overwork has become an HR concern, several corporations have also recognized the importance of a day of rest. Goldman Sachs, Bank of America, Merrill Lynch and Credit Suisse and others have instituted rules that free junior employees from work one day a week, and require them to return home from the office. Shabbat has a practical value to it, as a day to recharge for more work.

So why is there a cult of overwork, and where does the drive for overwork come from? It begins with the reality that work is extremely meaningful. There is significant spiritual value in our labor. The Mekhilta cites the opinion of Rabbi Yehuda Hanassi that just as one is commanded to rest on Shabbat, one is also commanded to work the other six days a week. In one fascinating passage in Rabbinic literature (Avot DeRabbi Natan 11:1), it says that the divine presence does not arrive unless people are engaged in productive work, and that idleness brings death. In The Lonely Man of Faith, Rabbi Joseph Ber Soloveitchik writes that human dignity and majesty are found in humanity's mastery over nature, which is achieved through productivity and progress. The six days of work fulfill a significant spiritual and existential need.

Work brings us dignity and majesty; and that is why overwork is so enticing. While taking a respite seems sensible, the idea of resting for its own sake seems strange: why would anyone give up something as important as the ability to work? Peter Schafer, in his book Judeophobia, devotes an entire chapter to Roman criticisms of the Shabbat. He quotes the Roman philosopher Seneca (4 B.C.E – 65 C.E.) as saying: “Their practice of the Sabbath is inexpedient because by resting one day in every seven they lose in idleness one seventh of their life." To the Romans, the Shabbat was absurd: How can you take a full day of rest when you have countries to conquer and aqueducts to build? And this attitude is equally true of contemporary society. We live by Benjamin Franklin’s edict “time is money,” and wonder how we can squeeze a few more minutes out of the day. Even when we are away from our work we carry our work with us in briefcases and laptops, on Zoom conferences, and email exchanges. We live in the culture of the MBA, where efficiency and productivity are the touchstones of meaning; in this type of value system, a day of rest is a meaningless obstacle to further growth.

Shabbat offers a radical alternative. It is not only about rest; it is about sacrificing work for more important goals. As important as work is, endless labor dehumanizes both masters and slaves, and reduces man to what he can produce. Shabbat declares that man is ultimately defined by his character and commitments, not his creations. Rabbi Ovadiah Sforno (Italy, 1475-1550) explains that the purpose of abstaining from work on Shabbat is to allow one to pursue spiritual experiences. Shabbat is a day to study and think, to spend with God at the synagogue and with family and friends at home. Shabbat stands as a counterweight to the other six days of the week, a reminder that we are so much more than the sum total of what we produce.

There is a mitzvah to remember the Shabbat every day of the week; its purpose is to make sure we never lose sight of the Shabbat perspective and define ourselves by our work. But that is difficult to do. An anecdote shared by Rabbi Efrem Goldberg epitomizes how easily we forget the lessons of Shabbat. Rabbi Goldberg was at a wedding and was seated next to someone he had never met. He writes:

“In an attempt to be friendly to the man seated next to me, I asked him, “What do you do?” He sat up in his chair, turned to me and said, “What do I do, or how do I earn a living? I earn a living as a plumber. What I do, what I am most proud of, is that I learn Torah every morning before davening, and I spend time with my family every evening after work.”

In a cult of overwork, life is defined by how you earn your living. That is why, as a habit of speech, we conflate “what we do” with “how we earn a living”.  And sadly, endless work makes man a hostage of his own creativity. In sacrificing work in order to observe Shabbat, we learn that we are more than what we make and what we own.