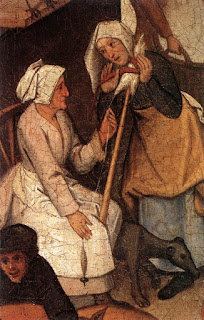 Gossip is wrong. We shouldn’t reveal embarrassing secrets about others, and we certainly shouldn’t repeat slanders that will hurt their reputation. The Torah prohibits lashon hara, “negative speech,” including gossip and slander. In the past century, thanks to the publication of Sefer Chofetz Chaim by Rabbi Yisroel Meir Kagan, the laws of lashon hara are very much a part of the ethics curriculum in Jewish schools.

It is easy to see the laws of lashon harah as a form of domestic ethics, a way to make sure that friends don’t hurt friends. But Maimonides offers a revolutionary insight into lashon hara. He sees within gossip and slander a malignant perspective on life, one which is corrosive to the speaker’s character and detrimental to society.

Maimonides himself was the subject of many personal attacks in his lifetime. Several of his letters offer glimpses to how he responded to these controversies. In a letter to Yaphet, the judge of Acre, Maimonides writes that through the years, informers plotted against his life. In another series of letters to his student Joseph ben Judah in Bagdad, Maimonides instructs his student on how to respond to a local controversy about his recently published Mishneh Torah. The Gaon of Babylonia, Samuel ben Eli, had disparaged Maimonides and the Mishneh Torah; he and his son-in-law Zechariah had issued a series of criticisms, and claimed that they could have written a much better book than Mishneh Torah in a very short period of time. As Maimonides notes in his letters to Joseph, the Babylonian leadership was threatened by his stature. Samuel ben Eli still clung to the dream that the Gaon of Babylonia would be the Rabbinic leader of the entire Jewish world; the presence of other great rabbis like Maimonides was a threat to his dream. Samuel and his cohort had ample motivation to belittle Maimonides and his works. But Maimonides explains that he himself is not concerned by these attacks, that he remains silent in response, and when he meets his attackers, he speaks to them politely. Maimonides advises Joseph to be “among the insulted and not among the insulting,” and to hold his tongue.

These letters remind us that Maimonides was not just a brilliant author; he was also a communal leader. He lived his life in the public eye, and despite - or perhaps because of - his extraordinary brilliance, he attracted more than his fair share of controversy throughout his life. It is for this reason that what Maimonides has to say about slander, rumors, and disparagement is very significant.

Lashon hara is a topic in this week's Torah reading. The Torah describes the regulations surrounding the afflictions of tzaraat, skin lesions that have a similarity to leprosy. Included in the regulations is that the person afflicted with tzaraat is sent to live far away from the camp or city. Later in the Bible, there is a strong hint that these afflictions are a punishment for speaking lashon hara. Miriam speaks ill about her brother Moshe, and is immediately punished with tzaraat. This connection is further developed by the Talmud, Midrash and a legion of later commentaries. At first glance, the connection between tzaraat and lashon hara is obvious. Speaking gossip creates ill will between people, and exiling the one who speaks lashon hara protects the community from a divisive personality who slanders others.

It is fascinating that Maimonides took a very different approach to tzaraat. In the Mishneh Torah, at the end of the laws of leprosy, he offers a lengthy explanation of the prohibition against gossip. (This is one of the longest non-halakhic digressions in the entire Mishneh Torah.) Maimonides explains that lashon hara is not always about spite or animosity; even Miriam, who loved her brother dearly, spoke lashon hara about Moshe. Rather, lashon hara reflects an attitude of disrespect; they are the words of the cynical, people who lose sight of the true value of everything. Maimonides explains this has far reaching implications, and lashon hara can lead to a loss of faith in both God and humanity. He writes: In this vein, Psalms states: "They set their mouths against Heaven and their tongues strut on earth." What caused them to "set their mouths against Heaven?" Their tongues, which previously were given free rein on earth. This is the speech of the wicked that is caused by loitering on the street corners, frequenting the assemblies of commoners, and spending time at the parties of drunkards. Slander and gossip reflect a mindset of irony and sarcasm, a mindset that flourishes in the boozy gatherings of callous and uncaring fools. To Maimonides, the great evil of lashon hara is that it degrades the intellect and undermines values. Lashon hara begins with ones’ neighbors but then proceeds to the mockery of everything, insulting and undermining even that which is holy and wholesome.

Maimonides offers a very different understanding of the prohibition against lashon hara. In his view, the true harm caused by lashon hara comes from negativity and cynicism. It destroys our virtues by mocking nearly anything and forgetting the value of everything. (It should be noted that this cynicism is very different than criticism. It is not interested in evaluation, just denigration.)

We live in a dark age of lashon hara, facilitated in large part by the internet and social media. The first time I got attacked on the internet was back in 2001. I had written an article that was later posted to a Jewish law website. It was an in-depth, nuanced exploration of Rabbinic sources on the controversial issue of rabbis writing letters to parole boards on behalf of convicted criminals. It quickly received a scathing comment. This comment really bothered me; its language was nasty, its tone dismissive, and it questioned my character. From the looks of it, it was pretty clear the commenter hadn't read the article, just the headline. Over the years, I have come to realize that such comments are pretty ordinary, and that thoughtless, nasty, and harsh criticism is very much a part of internet culture. There is an entire vocabulary for the online bullying that takes place in social media, such as dunking and trolls. Respectable people get on Twitter and lose their minds; they engage in virulent attacks against strangers with whom they have political disagreements. An ugly subculture of people who look to embarrass and mock others has flourished; remarkably, many of those people are quite nice in person. Reasoned debate and civil discourse have been replaced by 140 character insults.

It is this type of criticism to which Maimonides is referring when he speaks about the ills of lashon hara. This type of negative speech is much more than a social ill. It actually is an intellectual pollutant, a noisy screech that prevents the small, still voice of goodness from being heard. Maimonides reminds us that a society built on gratuitous abuse will spiritually collapse. That's something to think about next time you read a snarky remark on Twitter.