Where Were the Rescuers? A Message for International Holocaust Remembrance Day 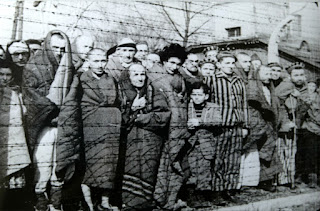 Today is the wrong day for commemorating the Holocaust. The United Nations first adopted an International Holocaust Remembrance Day on January 27th in 2005; Silvan Shalom, then Israel’s Foreign Minister, championed this much overdue initiative.  The date of January 27th was chosen to commemorate the liberation of Auschwitz, in order to honor the Allied efforts on behalf of the Jews. And that is precisely what’s wrong with this date; before the liberation, there was apathy, insensitivity and abject failure.

Larry Weinberg, who was a past President of AIPAC, tells of his experience as an American GI during World War II. Larry was asked to meet with a Jewish member of the resistance who had been hiding in the forest. Larry proudly explained to the man that he was a Jewish soldier, and had come to liberate him. The man spit in Larry’s face and shouted: ‘You came too late!’.  The Allies did too little, too late, to help Jews in Nazi-controlled territories. If we are going to choose a date to mark the international response to the Holocaust, it should commemorate one of the conferences and meetings when the world refused to act, and chose to look on while Germany murdered Jew after Jew.

The Holocaust reminds us that our faith in man is misplaced; and this lesson is thousands of years old. This week’s Torah reading tells about the surprise attack by Amalek on the weak and wandering Jews in the dessert. Rabbi Samson Raphael Hirsch explains that Amalek despised the needy and held the spiritual in contempt; to Amalek, it is power alone that matters.

Our job is to struggle against the Amalek ideology, generation after generation. There is a tendency to underplay pronouncements of hatred as “mere rhetoric”; that is a mistake. As the Jewish people have learned, time and again, those who promise violence should be taken at their word.  And at the same time, we also must find more Jethros.

Right after the attack of Amalek, the Torah tells us about the visit of Jethro. He travels from Midian, and offers support to his son-in-law Moses and the freed slaves. The 12th century Rabbi, Abraham ibn Ezra explains that Jethro’s story is told immediately after Amalek, in order to show another side of humanity: there are those who are unconditionally helpful and good. Man is capable of inhumanity, but also capable of heroism. And we must remember the Jethros who stand up for what is right.

Yad Vashem has been recognizing the Righteous Among the Nations since 1963. There are 27,712 such people who are recognized, even though there certainly many more people who helped save the lives of Jews. These rescuers include people Oscar Schindler and Irina Sandler who saved thousands of lives. Personally, I am drawn to the less famous rescuers, uneducated rural peasants who saved lives without thinking twice.

My mother was a nanny in a household in the village of Stroet, North Holland. The house sheltered several Jews. German soldiers occupied the house across the narrow street. When we asked my mother if she was scared she told us she wasn't. The Bible teaches us to love our neighbour as ourselves. For her it was not complicated.

I've also told you before before about my paternal grandfather (a principal of a Christian school) who died in Sachsenhausen because he spoke against the regulation that forbade all schools to hire Jewish staff. I'm proud of them.

God bless her, and those like her who didn't need a special lesson on what it means to love ones neighbor..