Why This Tisha B'Av Must be Different: Short Remarks for Tisha B'Av Evening 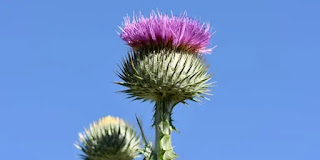 This Tisha B'Av must be different.

There is a custom among some Chasidic Jews to play pranks on each other on Tisha B'Av. In many places to have the children throw berelach, little thistles during Kinot to lighten up the mood. Chasidic leaders felt that the Jews in Eastern Europe lived with too much difficulty and sadness, and a painful Tisha B'Av would do more harm than good.

These strange customs have a firm foundation in the themes of the day. Tisha B'Av has two sides to it. It is first and foremost, a day of mourning and grief. It is the day in which we remember not just the destruction of both Temples, but all of the catastrophes during the 2000 years of exile.

But aside from this, there is another side. Tisha B'Av is also a day of comfort. On the afternoon of Tisha B'Av, we recite a prayer, Nachem, to ask for comfort. We get up from our low chairs, put on our tallit and tefillin, and in these small comforts recall the Talmudic tradition that the Messiah will be born on Tisha B'Av.

But this year, we must have a Chasidic Tisha B'Av. We have had enough difficulty and enough uncertainty. We do not need to be brought lower, to find greater sadness. Right now, we need to find as much comfort as we can, even on Tisha B'Av.

Danny Gordis related an anecdote from the years of the intifada:

But I’ll always remember what Siggy said to me one morning, in the midst of the intifada, as we were about to recite Yizkor.

It was a time in Jerusalem when life was sad, and often frightening…..That holiday morning, as I made my way out of shul for Yizkor (since my immediate family is all still living), Siggy, who sat not far from the door, grabbed my arm just as I was about to step outside.

“You’re going out for Yizkor?” he asked me. When I nodded, somewhat perplexed, he continued. “When we first got here, after the war, there wasn’t a single person who could go out for Yizkor.

“More wars followed, and more boys fell.  So for more years, no one could go out for Yizkor.”

He stopped for a moment, and I saw that his lips were trembling, ever so slightly. He pointed to the courtyard right outside our shul. “Ve’achshav, tistakel – kulam bahutz.” “And now, look!” he pressed me. “Everyone’s outside.” “Hamedina hazot nes.” “This country is a miracle.”

This year has so many of us feeling so low, after a 4-month battle with a horrible plague; but we can turn to Tisha B'Av for comfort. We can look at the arc of history, and recognize that we truly are the privileged ones. Even as we suffer, we are comforted by the fact that we already have overcome so much, and we will continue to do so in the future.

And we can be comforted that if the authors of the Kinot were here today, they would be smiling, even if it is Tisha B’Av.

Posted by Rabbi Chaim Steinmetz at 10:40 AM

Thank you for this it was what we all needed.
Penny