What You Need to Say Before You Die 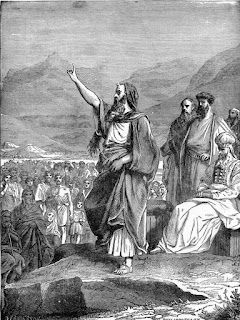 The Jewish ethical will is a forgotten genre of literature. Like an ordinary will, the ethical will offers a set of instructions to be followed after death; but instead of monetary directives, it offers moral advice. It is the parent’s last lecture about the right way to live life. The will’s instructions will often include exhortations about religious practice, ethics, character and marriage, mixed in with personal anecdotes, rebukes and blessings. Many of the authors go so far as to leave instructions about how often the ethical will should be reread by the children because it is also the rough equivalent of a family mission statement.

The earliest examples of formal Jewish ethical wills go back to the middle of the 11th century, but the practice is rooted in both the Talmud and Midrash. In the 19th and 20th centuries, several scholars brought attention to this genre; the great trailblazing scholar of Jewish literature, Leopold Zunz, wrote a study of Jewish ethical wills, and an in-depth study was done by Israel Abrahams of Jews College in 1891. Abrahams later published a two-volume anthology entitled “Hebrew Ethical Wills.” In recent years, Rabbi Jack Riemer has written extensively about ethical wills, in hope of reviving this practice.

The Book of Deuteronomy, Sefer Devarim, is actually an ethical will. In the final five weeks of his life, Moshe offers a series of speeches and lectures that become the final book of the Torah. Sefer Devarim contains all of the elements of a traditional ethical will, with rebuke, autobiography, advice, commands and blessings. In a series of extraordinary speeches, Moshe offers a paradigm of what a person needs to say before they die.

We are obligated to pass our wisdom onto the next generation; life’s lessons carry profound insights, even divine insights. Don Isaac Abravanel writes that the contents of Sefer Devarim were originally Moshe’s words, and only later were these speeches chosen by God to be written down and incorporated into the Torah. Abravanel’s assertion is radical in terms of traditional views of Biblical authorship. But it also offers a very different perspective of religious knowledge, and asserts that human experience and interpretations can teach divine lessons. Later, this idea becomes the foundation of the rabbinic tradition; and even though there is a received tradition, rabbis from successive generations would still offer their own insights. Ethical wills have the same rationale; they recognize that each person has unique lessons that they alone can offer their children. As the 16th-century Polish rabbi Abraham Horowitz writes in his own ethical will, a true bequest goes beyond the financial. When a parent opens their heart and shares their final thoughts, they offer their children a spiritual bequest that is invaluable.

Moshe's determination to share his ethical will is evident from the very beginning of the Torah reading. The verse reads “these are the words that Moshe spoke to the entire people of Israel.” The Hebrew words are "eleh hadevarim"; as the Midrash notes, these words are reminiscent of the exact words Moshe says when he initially refuses God's mission over forty years earlier. At that point, he tells God he is not ready to go to Egypt because of his stutter, and explains that "lo ish devarim anochi," “I am not a man of words.”

The similarity of phrasing in the two verses points us to a fascinating question: How did Moshe, who stutters and is not a “man of words,” give the speeches of Sefer Devarim at the end of his life? Perhaps, as one Midrash proposes, Moshe was transformed by teaching Torah, which healed his speech impediment. But there is another possibility: Moshe might have given this speech with the same stutter and stammer he always had. The speeches would have been painstakingly slow, and required great strength and determination. Yet Moshe perseveres; and in his final days of life, he teaches day in and day out, to ensure that these lessons won’t die with him.

Ethical wills reflect this same desire and dedication. Parents open their hearts and speak honestly to their children about what is important to them. Sometimes the advice is very personal. Rabbi Yaakov Dovid Wilovsky, a Lithuanian Rabbi, (who, among other stops in his career, presided over the 1904 High Holidays at my current synagogue, Kehilath Jeshurun), exhorted his descendants not to follow in his footsteps and to avoid the rabbinate. But much of the advice is timeless. Make certain to visit shiva houses. Take your prayers and Torah study seriously. Treat your spouses with respect. Avoid losing your temper, and above all, avoid disputes. In his ethical will, Judah ibn Tibbon, the 12th-century philosopher who lived in Provence, wrote “Make thy books thy companions. Let thy cases and shelves be thy pleasure grounds and gardens.” Nachmanides, the 13th-century Spanish rabbi, writes: “accustom yourself to speak in gentleness to all men.”

Some of the most moving ethical wills are written as letters to family and friends during times of crisis. Yosef Hagar of Lesko wrote in his final letter to his children, before Rosh Hashanah in 1942: “don't lose your temper from so much sorrow ... be well and strong. I bless and kiss you. Keep this letter and remember that you once had a father in this world. I wish for you to be inscribed and sealed in the book of life, and have a blessed and good New Year.”

Eldad Pan, a soldier for the Palmach who died at age 20 in 1948, wrote the following reflections when considering he might fall in battle: “At best a man's life is short ... the years of life do not satisfy the hunger for life. What then shall we do during this time? We can reach either one of  two conclusions. The first is that life is so short, we should enjoy it as much as possible. The second is that because life is short and no one can completely enjoy it, therefore we should dedicate life to a sacred and worthy goal ... it seems that I am slowly coming to the conclusion that life by itself is worth little unless it serves something greater than itself.” These words jump off the page, and leap from one world to the next. Every ethical will aspires to do the same.

I have tried to write an ethical will several times, and each time stopped before writing anything. Considering my profession, I might be called a “man of words”; but here words fail me. The task is intimidating, and it feels like there is plenty of time. It is also discomfiting to wrestle with mortality, even for a few minutes. I hope that when the time comes, Moshe’s example will help me through the hesitations and stumbles, and remind me that there are some things you need to say before you die.

Email ThisBlogThis!Share to TwitterShare to FacebookShare to Pinterest
Labels: deuteronomy, ethical wills, last will and testament