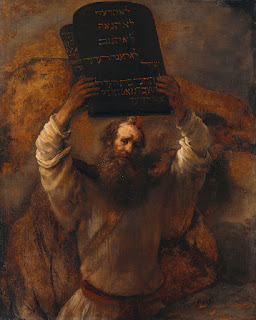 It was Sukkot, 1973. A visitor to the home of Rabbi Yehuda Amital woke up in the middle of the night to the sounds of a man sobbing. Rav Amital was the Rosh Yeshiva of Yeshivat Har Etzion, which combines military service with Yeshiva study; it was then in its sixth year, and had 200 students. When war broke out a week earlier on Yom Kippur, the Yeshiva immediately sent its students back to their units, even before being called to duty. In the days following, eight of those students would die in battle. And that night, Rav Amital, their teacher and mentor, was sobbing, heartbroken over their deaths.

I've been thinking about the Yom Kippur War recently, after watching the Israeli drama, Valley of Tears (Sha’at Neilah in Hebrew). It is the most expensive show ever produced for Israeli television and is now available in the United States on HBO Max. Valley of Tears tells the story of a group of strangers whose lives intersect on the battlefields of the Golan Heights during the first days of the war. It skirts convention and jumps genres, starting as a comic buddy story and ending as a tragedy.

Valley of Tears has stirred a great deal of discussion in Israel, partly because of its artistic shortcomings and historical inaccuracies, and partly because the producers openly advertise their political sympathies. Despite its flaws, this TV series has consumed Israel because of its focus on the difficult first days of the Yom Kippur War. Although Israel achieved a decisive victory over its enemies, the initial days of war were filled with fear and chaos, worry and confusion. And above all, there were the casualties. In just a matter of days, 2,655 Israeli soldiers had lost their lives in battle. Valley of Tears taps into a trauma that lingers nearly 50 years later; and each fall, with ritual regularity, Israeli media devotes articles, interviews, and TV shows to the Yom Kippur War. It was a war that shook Israeli society; Israelis, who had previously thought of themselves as invincible, felt like their hopes and dreams had been shattered.

How does one respond to shattered hopes? In our Torah reading, the Jews are standing at the foot of Mount Sinai waiting to receive the Luchot, the Tablets on which the Ten Commandments were inscribed by God. The Talmud in Shabbat says that at that moment, the taint of Adam and Eve’s sin had finally been vanquished. But as they wait for Moses, the Jews decide to make a Golden Calf. When Moses returns, he smashes the Tablets; God’s divine gift and blessing cannot be given to idolaters. The Tablets, and the dream they represent, were now broken.

The Midrash (Shemot Rabbah 32:1) sees this as a moment when paradise was lost. Had they received the Tablets, the Jews would have had a worry-free history, in which exile -  and even death - would disappear. Had they only been obedient, the Jews could have returned to world much like the Garden of Eden. (Several authors have noted the similarity between this Midrash and Augustine’s view of Original Sin.) At Mount Sinai, the Jews repeat that Original Sin; they once again return to brokenness, to a frail humanity and failed history that is permanently flawed. All that is left afterwards is either resignation or desperation, leaving mankind to accept its inferiority or to scramble to escape it.

But what if brokenness is part of the plan? What if failure is expected on the road of life?

There is another response to brokenness, which begins with the broken Tablets themselves. The Talmud explains that the broken Tablets were not discarded; they were given a place of honor in the Aron, the Ark of the Covenant, alongside the second Tablets. The Maharal of Prague (1512-1609) expands on this idea, and explains that the Ark itself anticipates this brokenness, because its dimensions are two and a half cubits by one and a half cubits; the “broken” half cubits hint at the fact that we should never expect that the Tablets will always be whole. Instead, we need to find the beauty of life within the broken shards.

For this reason, the Talmud explains that we must honor a rabbi who has forgotten his learning. The broken Tablets receive honor, because even when broken, they are still holy; the same is true of a rabbi struggling with the depredations of age and illness.  We need to see what remains within the broken tablets.

This understanding of the broken Tablets is revolutionary. Original Sin means that every man is broken, even if otherwise unimpaired; this passage in the Talmud is teaching us that even when one is broken, they are still worthy of greatness. Rabbi Shlomo Luria (Lublin 1510–1573) was once asked whether a man whose arms were lost is qualified to serve as the prayer leader for the community. He answered metaphorically that unlike humans, “God prefers the service of broken vessels…for God will not despise a broken heart.” Being physically broken does not injure the soul, and as the Kotzker Rebbe put it, “There is nothing so whole as a broken heart.”

One can be shattered by defeat and still find strength in the broken pieces. Several years ago I met an Israeli surgeon by the name of Shmuel Yurfest. He was a skilled vascular surgeon, who had saved the lives of many, including multiple victims of terror attacks. And then in May 2003, he was outside a shopping mall when a suicide bomber blew himself up. The attack blinded Shmuel and ended his surgical career.

Shmuel stayed home for months, depressed about what he had lost. His profession, and what seemed like his very identity, had been stripped from him. All he did was sit on the couch, enveloped by a cloud of melancholy.

One day his son turned to him and said: “Abba, is this what you want to do for the rest of your life?” That was when Shmuel got off of the couch. I met him in 2005, after he had restarted his life. Shmuel decided to put his medical training to good use, so he retrained to become a psychiatrist. He had once again begun to practice medicine, and now he was helping others whose lives had been shattered. And with his personal example, he was teaching them, and us, that one can be broken yet beautiful.